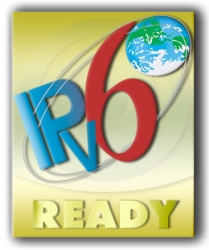 “Despite the recession, Unicoi Systems is still experiencing growth due to demand for an inexpensive, highly portable TCP/IP stack that exceeds the performance limitations of larger, less portable solutions from entrenched real time OS vendors. In keeping with our overall product strategy of ultimately finding ourselves only competing with our own incumbent solutions for top seed performance benchmarks, Unicoi offers an alternative to single source options with outdated IP and bloated pricing models from the 1990s”, says Greg Coonley, CEO of Unicoi Systems.

Noteworthy performance gains in TCP transmit and receive are the results of many man-months of effort by Unicoi’s highly experienced engineering team. Fusion TCP/IPv4/IPv6 8.6 boasts TCP transmit performance that averages 25% higher than previous versions with peaks in excess of 40%, depending on the transmit buffer size. On average, the TCP receive performance is improved by 20% over Fusion TCP/IPv4/IPv6 version 8.5 with peaks at over 30%, depending on the size of the receive buffer size.

To run faster, the Fusion stack has to run smarter, which is why several new features are part of version 8.6. A new socket option is provided for tuning TCP performance by allowing the TCP ACK strategy to adapt to the saturation of the socket receive buffer. Also, a new set of driver API functions allow developers to create a pool of reusable message buffers for receiving packets from the network. Additional changes in the core stack allow drivers to pass packets received from the network to the stack where the actual packet data is contained in a buffer allocated from a different memory space than the Fusion stack’s own heap.