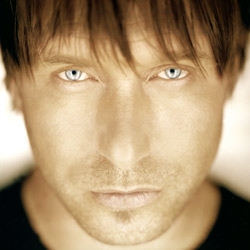 New York, NY, August 16, 2006 --(PR.com)-- Actor Stephen Baldwin, baby brother in the Baldwin Movie Dynasty sat down with PR.com Senior Editor Allison Kugel for two lengthy conversations to discuss in detail, the changes in his life since converting to become a Born Again Christian back in 2001, after the terrorist attacks on 9/11.

Some Notable Sound Bites from the Interview:

“When I considered the two choices, even today this still applies to me, if I had to do that election thing over again… my whole thing with the Republican National Convention was simply, when I took a look at these two different candidates, all things considered, I just thought that for my own faith based reasons that President Bush was the better guy for the job.” - Stephen Baldwin, explaining his support of George W. Bush.

“I was inside the Republican National Convention supporting Bush, and my brother Billy [Baldwin] was outside picketing the republicans. My brothers have asked me repeatedly, ‘Do you know who they are and what these people do?’ and all that kind of stuff. And my answer is, ‘Yes.’ My brother Alec [Baldwin] and my brother Billy are motivated by their intellect and their understanding and their projections and their opinions about foreign policy and how do we do this right and that right and what's best for the country. And I said, I've done my homework in that respect. I mean, I may not be as well-versed as my brothers are in certain respects, but my question to them was, ‘Have you read your bible?’" – Stephen Baldwin, on his use of the bible to determine his political choices, while brothers Alec and Billy Baldwin use their intellect.

“No. Because what's the story about? The story is just a dramatic thriller about criminals, that's overly violent. What redemption is there in the film? What positive messages are in the film? And 75% of the films that will come out in 2007 are going to be just some stupid sense of entertainment that doesn't gain anybody anything.” – Insisting that if given the opportunity today, he would turn down the role in “The Usual Suspects.”

“I'm a guy [who's] been around the world, I got a hot wife, made millions, hung out with movie stars, really have been blessed!” – Stephen Baldwin having a less than modest moment.

“Your dad's sperm hit your mom's egg and that was a miracle. And God is so big and so powerful, he created everything. So everyday when those millions of sperm hit those millions of eggs and millions of people are born everyday on the planet, that's how big God is.” – Explaining the birds and the bees as it applies to God.

To read the entire interview: http://www.pr.com/article/1051 or go to www.PR.com and click on "Articles."