Inspired by Antiquity: Classical Influences on 18th and 19th Century Furniture and Works of Art, will open at the Carlton Hobbs gallery in New York on January 20th, 2011 and continue through February 14th, it was announced by Stefanie Rinza, the gallery’s managing director. The opening night reception, on January 19th, will benefit the Sir John Soane Museum Foundation. Tim Knox, the Soane Museum’s eminent director, will be lecturing on the subject of the exhibition. 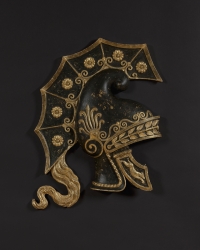 New York, NY, November 24, 2010 --(PR.com)-- “We are honored to have Sir John Soane’s Museum Foundation as the opening night beneficiary,” said Carlton Hobbs. “We are particularly enthusiastic to present forty magnificent pieces inspired by antiquity, including the important group of Thomas Hope pieces from the Philip Hewat-Jaboor collection of Regency furniture and works of art,” he said. “It is the single largest collection of Thomas Hope pieces to come onto the market since the Christie’s auction of the contents of Deepdene, Hope’s country estate, in 1917.” Thomas Hope, the fabulously successful banker, connoisseur collector and designer, revolutionized British taste of the late 18th, early 19th century with his radical, classically inspired design ideas and came to be one of the key figures shaping the Regency taste.

“To deepen our understanding of the decorative arts of the 18th and 19th centuries we wanted to further explore the visual and philosophical inspirations that gave rise to the multitude of fascinating designs, which are now broadly described as Neoclassical," said Stefanie Rinza. "We are thrilled to collaborate with some of today's leading academics in identifying the ancient design sources for our pieces and in interpreting the symbolism of the decorative devices used. We hope our clients, colleagues and friends will much enjoy the catalog accompanying the exhibition."

Carlton Hobbs is most grateful for the contributions and collaboration of some of today’s leading experts in the field of decorative arts and in the compilation of the catalog accompanying the exhibition, including Martin Levy, former chairman of the British Antiques Dealers Association, author and specialist in 19th-century furniture and works of art, Tim Knox, Director of the Sir John Soane Museum, Philip-Hewat Jaboor, the authority on Thomas Hope and independent art consultant to private and institutional collectors, and John Hardy, the long-time director of Osterley Park House Museum, who added his insights into the meaning of the symbolism of the classical design elements to every entry.

Some of the highlights of Inspired by Antiquity include:

* A Pair of Wall Lights Closely Related to a Design by Thomas Hope, English, circa 1802

These Apollonian wall lights in the form of winged griffins, presumed to have come from Thomas Hope’s London mansion on Duchess Street, are conceived in the early l9th century French manner, with palm-wrapped rods that terminate in chimerical lion-bodied eagles, referred to by ancient poets as “griffins.” Sacred to the light-giving sun deity Apollo, griffins were believed to be guardians of the sacred flame and, as such, were used as, or in conjunction with, lighting devices by Regency designers and their ancient forebears.

*A Pair of Helmets Closely Related to a Design by Thomas Hope, English, Early 19th Century

These appliques, each in the form of a Greek legionnaire’s helmet variously carved with anthemion, laurel and foliate motifs are also very likely to have formed part of Thomas Hope’s own iconic collection. The appliques take the form of elaborate Phrygian helmets, which originated in classical Greece and were widely used in the Hellenic world and well into the Roman Empire. They were made of bronze and resembled the Phrygian cap, characterized by its conical shape and forward-leaning peak. Typically, these types of helmets lacked complexity, but here they are enhanced with neck and cheek guards, and adorned with classical motifs. Each helmet applique is topped with a plume, one simulating shaped bronze and the other horsehair.

*The Buckingham Center Table Attributed to George Morant and Sons, English, circa 1840

The decoration of the Garden Pavilion at Buckingham Palace was greatly informed by the ongoing excavations of Pompeii, Herculaneum and Stabiae, which were first discovered in the mid-18th century. From its wall murals to its floor mosaics, the pavillion recalled the interiors of ancient villas, and was furnished with pieces based on, or including elements from, classical examples. Importantly, Ludwig Gruner, who advised Prince Albert on artistic matters, published drawings of this table together with other items from the royal collection.

This unusual botanical table takes the form of an ancient basin on stand, or labrum. The labrum was used as a water vessel in ancient Roman bath complexes and gardens. A fountain related to this table, constructed from a basin and stand, is today in the Museo Archeologico Nazionale di Napoli. Dating from the 1st century A.D., this white marble example, with its shaped square top and tapering concave sides above a circular basin raised on a fluted circular stem is closely related to this piece. With its formal restraint, free of extraneous decoration, the table is characteristic of the sober elegance of the work of the celebrated architect Karl Friedrich Schinkel (1781-1841), whose design for it was published in 1821.

One of the highlights of the exhibition will be the highly important pair of canopic vase-form candlesticks almost certainty a product of the superlative ivory craft that reached its zenith in the latter years of the 18th century in Murshidabad, India. Surviving examples of 18th century ivory ornaments in the English taste from Murshidabad are exceptionally rare and, at eighteen inches in height, these candlesticks are one of the largest examples known. As Wedgwood was clearly an important design source for the Murshidabad carvers of these canopic candlesticks, it is clear that these pieces confirm a direct design connection between Murshidabad and Wedgwood prototypes.