Ad Dynamo, the global contextual advertising marketplace, today launched its London office in the next step of its international expansion. 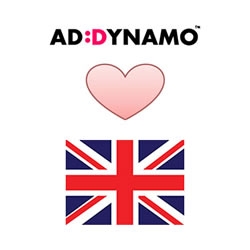 Ad Dynamo operates an advertising marketplace that intelligently connects advertisers to its network of over 15,000 publishers. The offering effectively competes with Google's Content Network, which comprises about one third of Google's own advertising revenues. And Ad Dynamo seems to be pulling it off, with a significant chunk of the South African marketplace carved out, the company has expanded internationally at quite a rate - with offices in Madrid, Amsterdam, Lagos, Dublin, and now London.

Sean Riley, the CEO of Ad Dynamo, will lead the UK team. The key focus of the London office will be to service agencies and key publishers needs, as well as to provide tailored, local support to the UK client base.

"Though we've only now opened our office in London, the UK already represents one of our top 10 performing markets. We've got a long way to go in terms of achieving our objectives, but we're not starting from scratch: we have good advertisers and 1,900 UK publishers already cooperating with us," says Riley.

This bold advertising startup prides itself on its customer service - every advertiser and publisher is supported by Ad Dynamo's local support teams, and the strategy seems to be working. Consistent growth and market penetration has seen the company continue to gain support worldwide. The transparent revenue share sets the business apart from the likes of Google AdSense for publishers, and Ad Dynamo claims it is the fastest paying ad network in the world - quite a big attraction for the smaller websites and bloggers who sometimes wait months for their first payment from existing ad networks.

Some interesting facts published by Ad Dynamo include:

* 80% of all advertisers that try Ad Dynamo continue to use the service
* Over 15,000 publishers, and growing by 100 a day
* Ad Dynamo serves more than a billion ads per month worldwide
* The company offers online and mobile advertising
* Funded by Invenfin, the South African VC associated with the Richemont Group
* Fastest paying ad network in the world - publishers are paid on the 1rst business day of each month, with a very low minimum payment threshold of £20