National Foundation for Celiac Awareness Expands Board of Directors 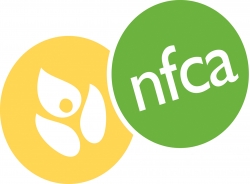 The non-profit organization and its distinguished leadership bodies, seek to raise awareness of celiac disease, an autoimmune digestive disorder affecting over 3 million Americans, yet undiagnosed in over 95% of individuals with the condition.

Founded in 2003 by native Philadelphian, Alice Bast, NFCA’s governing body currently seats 13 active members from the Philadelphia Area and across the country. A complete list of NFCA’s Board of Directors, Business Advisory Board and Scientific/Medical Advisory Board members can be found on the foundation’s website, www.CeliacCentral.org.

“Dorothy Binswanger, Joe Coradino, Denise Devine and Joe Jacovini represent the very best in commitment to significant charitable programs. Celiac and gluten intolerant populations are growing rapidly in the US, presenting an ever greater demand for bold action to meet this expanding need,” said Bast. “Their passion for the cause, fundraising expertise, and leadership abilities will be an invaluable asset to our organization.”

Dorothy Binswanger, Senior Communications Specialist, Jacobson Strategic Communications- with background experience working with U.S. Steel Corporation and IBM, Dorothy Binswanger is notable for her community volunteerism, with an emphasis on children, the arts, and education. In 2001, she was part of a small leadership group that founded the Keystone State Boychoir, a non-profit organization that offers choral music education and performance opportunities to young people from diverse backgrounds. Dorothy also served on the board of several other organizations, including Settlement Music School, and was a founding board member for two Philadelphia area non-profits: Cradles to Crayons and Fresh Artists. Dorothy has previously chaired programs at the William Penn Charter School and The Lawrenceville School, and currently volunteers her time to both Family Support Services and The Big Picture Alliance.

Joseph F. Coradino, President, PREIT Services, LLC - has been engaged in real estate development, management and leasing for substantially all of his professional life and currently serves as the senior officer for PREIT's retail operations, as the principal officer in charge of PREIT's extensive redevelopment program, and as a member of the Office of the Chair of PREIT. Prior to joining PREIT, Mr. Coradino was an executive of The Rubin Organization, which was acquired by PREIT in 1997. He currently is a member of the Board of Directors, chairs the Nominating and Governance Committee and serves on the Compensation Committee of A.C. Moore, a NASDAQ traded specialty retailer of arts, crafts and floral merchandise. He is also a Trustee of The University of the Arts in Philadelphia, a one hundred thirty year old institution dedicated to visual, performing and communication arts.

Denise Devine, Founder and CEO, Nutripharm Inc., Froose Brands LLC - With over 25 years of leadership experience in general management, operations and finance; Denise Devine has founded three companies and one not-for-profit organization. She is currently Founder and Chief Executive Officer of Nutripharm, Inc. a company with a robust technology platform that has generated a portfolio of composition and process patents to create innovative natural food, beverage, pharmaceutical and nutraceutical products as well as an affiliate company, Froose Brands LLC, a whole foods based natural and organic children’s beverage and snack product company. Ms. Devine’s prior business experience includes executive positions at Campbell Soup Company, Energy Solutions International, and Arthur Andersen & Co. Ms. Devine has received numerous Honors and Awards including the “Best 50 Business Women in Pennsylvania” Governor’s Award, the Philadelphia Business Journal’s “Women of Distinction” Award, and the St. Thomas of Villanova Gold Medal Alumnae Award from Villanova University. She serves on the Board of The American Red Cross- SEPA, the Villanova University Board of Trustees, the Board of Directors of Lourdes Health System, as well as the audit committee of the World Trade Center of Philadelphia.

Joseph H. Jacovini, Chairman, Dilworth Paxson, LLP- represents clients in complex and sophisticated corporate matters and commercial transactions including mergers, acquisitions, commercial agreements and transactions. He represents publicly held, private and family owned corporations and businesses in matters of governance, control transactions and agreements. He also represents government entities and individuals in litigation matters. Jacovini is the former Drexel University Board of Trustees Chairman, and is currently a Board Member of the Earl Mack School of Law at Drexel University, from which he received an honorary degree in 2004. An active philanthropist, Jacovini is Chairman of the Board of Directors for the American Heart Association-Philadelphia Division, and was awarded the organization’s Heart of Philadelphia Award in 2006. He served as Acting Chairman of the Board for the Philadelphia Orchestra from 2008 – 2009.

About the National Foundation for Celiac Awareness:
The National Foundation for Celiac Awareness (NFCA) is a nonprofit organization dedicated to raising awareness of celiac in order to gain prompt and accurate diagnosis for those suffering, support the health and wellbeing of those with the disease, and facilitate research that will better understand the disorder and find a cure. Visit www.CeliacCentral.org for information.