Over 50,000 Users Now Using CloudDav to Edit Their Data on iOS

SMEStorage, today announced that over 50,000 users are now using their CloudDav feature to add WebDav access to non WebDav Storage Clouds on iOS. 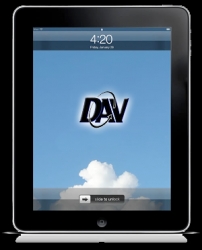 London, United Kingdom, June 15, 2012 --(PR.com)-- Vehera LTD , who trade as SMEStorage, today announced that over 50,000 users are now using their CloudDav feature, which adds WebDav over any storage Cloud, to edit documents on the iPad and iPhone from iWork and other WebDav ready document editing Apps.

"This prevents users from directly opening, editing and saving their documents using these tools. What CloudDav does is add a WebDav protocol adaptor to these Clouds so users can directly edit and interact with them using Apps that provide support for WebDav, such as iWork."

"Also, If users have many different cloud accounts, they don't need to log into ten different servers, or create 10 different profiles, to access and manage or edit files, it can be done by simply switching directory when logging into the SME Cloud File System, which federates access to over 35 Storage Clouds."

Osborne finished by saying, "CloudDav is just one of the protocol adaptors we support. We also add support for FTP and the Amazon S3 protocol above any Storage Clouds, whether it is natively supported or not. Also, due to the ability we have to federate Clouds, we can provide a nice capability for users to be able to nominate a backup cloud to a primary cloud for direct Cloud to Cloud backups. Our Cloud Appliance and Cloud File Server business users often take advantage of these features to back up in-house data Amazon S3, or even to make local storage appear to be Amazon S3 storage."

The CloudDav feature is free to users who purchase the iSMEStorage iOS App from the Apple App Store, or it is a one time purchase of $5 from the SMEStorage website for users who open a free account that gives 5GB of free storage plus the ability to WebDav enable 3 other Clouds.

About SMEStorage:
SMEStorage provide a hybrid cloud file server that can be used on Cloud or on premise and that features sophisticated desktop and mobile clients, and Cloud Governance and data federation features.
Contact
SMEStorage
Ana Foncea
0044 709-220-7207
www.smestorage.com