From the makers of the original Wordsmith, Second Breakfast Studios is releasing their latest creation, Wordsmith Tournament, the first Android word game with tournaments. 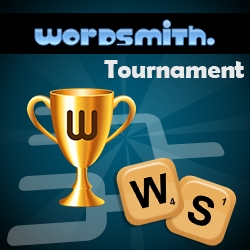 The new Wordsmith Tournament adds great visuals to a classic family fun game. Players love the unique "score preview" feature that displays the score of a word before the play is submitted. The "tournament stats" feature allows players to automatically keep track of wins and losses and share their ranking with other players.

Second Breakfast Studios is a small independent mobile app development company based in San Diego California. The company prides itself on putting fans first. They actively listen to players' comments and ratings in the app store and on Facebook. And they respond to all user emails personally.

"I was having a problem signing in when I got the paid version, I contacted them about this, they helped me, rather quickly, and I'm back up and running. The best word game out there by far, and great service from the team! 10 stars!" - Anon User