If Kennedy Had Lived: Book Examines a Different History

New book asks what if Kennedy had survived Dallas attack? 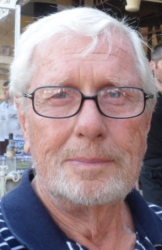 New York, NY, January 04, 2013 --(PR.com)-- Writers of “virtual history” – where the what ifs of history are examined to find alternative outcomes to real events – have produced books envisioning a world where the Nazis won World War II, and an America where the South won the Civil War.

Author Ray Argyle has produced an arresting look at what the world might be like had John F. Kennedy survived an assassination attempt in Dallas fifty years ago – on November 22, 1963.

Argyle says “Kennedy After Dallas: JFK’s Return to the White House for an Epochal 2nd Term” builds on the historic record of his administration up to his death to speculate on what might have transpired had Kennedy not been killed.

“If Kennedy had lived,” Argyle writes, “history would have unfolded differently. Our narrative sets out the alternative reality that would almost assuredly come to pass had fate allowed JFK to return to the White House after Dallas.”