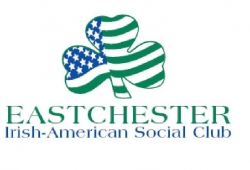 Eastchester, NY, January 23, 2013 --(PR.com)-- The Eastchester Irish American Social Club (EIASC) is proud to sponsor Eastchester’s 9th annual St. Patrick’s Day Parade on Sunday March 10, 2013. This celebration has become a tradition and a source of pride and enjoyment for Eastchester and its surrounding area residents. With much enthusiasm, the EIASC is delighted to announce that this year’s Grand Marshal will be David Flannery, with Jean McCluskey and Breda Travers selected as Parade Honorees.

Born one of nine children in Clonmel in County Tipperary, Ireland, Dave Flannery, immigrated to the United States in 1985 after attending Technical College in County Cork. Members since 2001, Dave and his wife, Annmarie, have three boys, Jack, Jimmy and David. Flannery helped spearhead the initial St. Patrick’s Day Parade in 2004: He explained, “I was seeing an influx of Irish people, and I wanted to demonstrate our presence here.” Aside from being the club’s current treasurer and overseer of parade finances, Flannery is also a contractor and owns a hardware store in the Bronx. A tireless volunteer, Dave is an assistant scout master for Boy Scout Troop 353 in Eastchester. For his aides, Flannery has chosen his 15-year-old son, Jack Flannery, and long-time friend, Tom Cascione.

Jean McCluskey was born in Dublin, Ireland and moved to Eastchester when she immigrated in 1978. She went on to work for the Irish Tourism Board and is presently their marketing director. In 1998, Jean and her late husband Frank, joined the EIASC. They raised two children, Kevin and Sarah. A stalwart to this organization, McCluskey contributes to all club events. Upon learning of the club’s recognition, Ms. McCluskey stated, “It’s nice to be recognized by people of your own culture in a foreign country.”

Professor Breda Travers immigrated to Eastchester from Limerick, Ireland in 1987. She and her husband Frank joined the EIASC in 1995 and have three children, Laura, Briana and Ryan. “I joined because I was looking to share culture with other Irish people and wanted to raise my kids with heritage,” said Travers.

An official sash presentation to the Grand Marshal and Honorees will occur on February 9, 2013 at J.C. Fogarty’s Town Tavern, Bronxville, New York.

The 2013 parade is stepping off at 3:00 p.m. beginning at Immaculate Conception Church in Tuckahoe and marching north on Route 22 to the Lake Isle Country Club. This parade incorporates local schools and organizations and will feature ten pipe bands, seven brass marching bands and many other groups, including the Police and Fire Departments, with both veteran and active military and antique cars.

The Eastchester Irish American Social Club is a nonprofit organization founded in 1966 consisting of members from Eastchester, Tuckahoe, Bronxville and Crestwood who are of Irish decent. For more information, please visit our web site at www.eastchesterirish.org or join us on our Facebook page.
Contact
Eastchester Irish American Social Club Inc.
Brendan Lynch - Parade Co Chair
914-346-7678
www.eastchesterirish.org