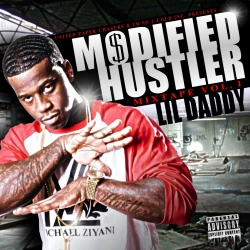 Baytown, TX, May 13, 2013 --(PR.com)-- Rapper Lil Daddy of 2 Cold Click is set to release his 1st solo mixtape "Modified Hustler" through independent label United Paper Chasers Entertainment. The mix-tape "Modified Hustler" paints a picture of the trials and tribulations of a young man coming up in the gritty streets of Baytown, TX, while also giving fans an ear full of lyrical skills. Lil Daddy who was a member of 2 Cold Click's "Next Generation" before taking a 3 year hiatus due to legal matters, is now ready and focused on his career as a solo artist. The mixtape, which is produced by Mr. Mysta of 2CC/UPC is also a body of work that Lil Daddy feels really passionate about. The topics he chose to highlight throughout the mixtape such as losing his father to the prison system, losing friends to street violence, doing jail time, and being a young father is his everyday reality. "Modified Hustler" is sure to get the attention of Lil Daddy's hometown of Baytown, TX, but also reach new fans around the world and solidify him as one of the independent artists to watch. "Modified Hustler" by Lil Daddy will be available on Datpiff.com and hotnewhiphop.com beginning May 13, 2013. The links for mixtape download is http://www.datpiff.com/-Modified-Hustler-mixtape.488099.html and http://www.hotnewhiphop.com/united-paper-chasers-ent-modified-hustler-mixtape.84332.html physical mixtape official Release is May 18. Press Release Writer Larry J. Benoit.
Contact
United Paper Chasers Ent.
Larry Benoit
337-321-0283
unitedpaperchasersent.com