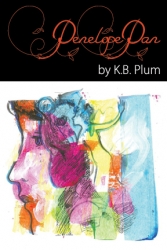 “There's so much substance to this book, whether this is on purpose or not I don't know; and it really doesn't matter,” wrote Evelyn Knightley of the United Kingdom in her review on Goodreads. “It's incredibly well-written, the story-line is well thought out and I couldn't put the book down because I just needed to know how it ended.”

“Despite the over-the-top characters, fantasy aspects and sometimes disturbing sexual content,” the author said. “I consider the book a metaphorical take on worldwide terrorism and political and religious divisiveness. But my main objective was to show how laughable sex and the sexes can be.”

Even Knightley confessed the book “makes for an uneasy read.” But she went on to say, “I love an uneasy read, personally. I don't know if I was expecting a book that's simply put a naughty twist on Peter Pan, but that isn't what this is. (Which I'm glad for, I've avoided the 50 shades hype for a reason.)"