William Tibbs, of Los Angeles, California developed a new art technique to create subliminal designs for his t-shirt company. Artists present an artist's perspective but, the objective of this subliminal artist is to present the perspective of the person who is looking at the artwork. When someone looks at a WMN tee, they see something they saw many times. The question is, "Where did they see it before?" William also reveals the secret to the Peace Symbol's charm. 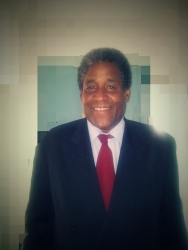 When the final image is created, a strategic portion of the image is put on a t-shirt. When people look at the shirts, they see part of a precious memory that they carry with them everywhere they go. The question is “Where did they see it before?” On WMN’s website, William's designs can be seen along with the secret to the timeless charm of the Peace Symbol which had a tremendous influence on the culture of the 20th century and is still seen everywhere today.

William says we live in a world where great trends do not happen by chance. Fads and trends happen by design. Remember Woodstock? The Peace Symbol was everywhere and the multitude was driven into a frenzy. Well, this symbol continues to charm new generations.

Visit www.wearmenaked.us/subliminal-secret-behind.html to see the formula to the greatest subliminal design of all time.
Contact
WMN Subliminal Tees
William Tibbs
818-661-9271