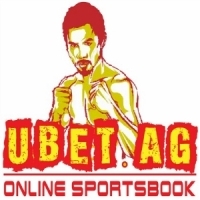 Manila, Philippines, August 12, 2014 --(PR.com)-- Panama based PMW Holdings Inc. announced the launch of Ubet.ag an online sports wagering site in cooperation with its shareholder and professional boxer Manny Pacquiao. This is the first online venture undertaken by PMW with Mr. Pacquiao and the second venture entered into by the 8 time champion in the last 2 weeks.

"PMW is extremely excited about the opportunity to partner with the Mr. Pacquiao in a growth industry that presents opportunities in the online and brick and mortar industries," said Jeff Salvati, PMW’s CEO. It seemed like a natural fit with Manny boxing in Macau, the gambling capital of the world and the expansion of online gambling in the United States, Asia, and South America they are poised to seize opportunities.

With a fight date now set for November in Macau, his Congressional duty in the Philippines and a recent addition to his family Manny is extremely busy, but has identified the value of the this industry and is committed to success.

About PMW Holdings
PMW Holdings Inc. is a Republic of Panama based entertainment and technology company based in Panama City.

About Manny Pacquiao
Emmanuel "Manny" Dapidran Pacquiao, is a Filipino professional boxer and congressman. He is the first and only eight-division world champion, in which he has won ten world titles.
Contact
PMW Holdings Inc.
Jeffrey Salvati
267-536-2500
www.ubet.ag