Now with full iPad support, hiTask features a new and improved user experience for its users. The easy to use task management tool has been the app of choice for over 500,000 global users since 2006. 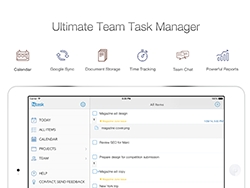 Dallas, TX, September 25, 2014 --(PR.com)-- Enjoy a richer experience with the leading task management app by hiTask on iPad which is now available in the App Store. Previously, iPad users had to resort to using the web version of the app which although was fast, was not as intuitive as this natively designed version.

The hiTask iPad app includes several updates which include the ability to upload and attach images to specific tasks as well as a search function. The search function allows you to browse for tasks by keywords for quick reference. Easily create online to do lists that anyone can collaborate on.

Thanks to cloud synchronization, teams are able to access advanced project management features from nearly any device including the iPhone, iPad, and Desktop computers. Project managers are able to assign and share tasks as well as add comments that users will receive as Push Notifications.

Since 2006, hiTask has been the task management app of choice for more than 500,000 professionals due to its simple user interface which has little to no learning curve. With HiTask you can organize tasks into Projects, arrange with tags, and even assign specific colors.

Assign tasks to certain team members or share them with an entire team. With the help of Push Notifications and Google Calendar Sync, you'll be able to collaborate with your team from virtually any device. Other powerful features in the hiTask app are Time Tracking which allows you to record time spent on tasks, ability to produce reports by task/project, and create tasks via email. 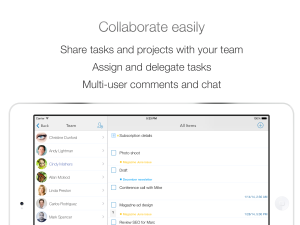 Share tasks and projects with your team, assign and delegate tasks, and multi-user chats. 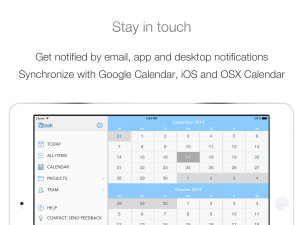 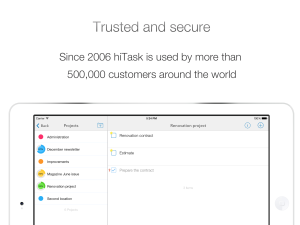