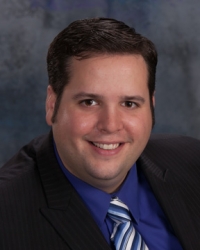 Corcoran is Shark Tank’s resident real estate mogul and a prominent self-made multi-millionaire. She is now endorsing a select few of the best real estate minds in the country, Clark included. Nathan Clark will appear in a commercial airing during the Shark Tank, and in several additional episodes throughout the season.

Clark’s company, Nathan Clark and Associates, is a dominant leader in the real estate industry, providing phenomenal service and expertise to a wide base of clientele in Rhode Island.

Corcoran is an iconic figure in the New York real estate scene and nationally known as the real estate contributor to the NBC TODAY show. She has invested in more than two dozen businesses to date on Shark Tank, and has written several well-received books including Shark Tales: How I turned $1,000 into a Billion Dollar Business.
Contact
Nathan Clark and associates
Nathan Clark
401-232-7661
www.NathanClarkTeam.com