BeeRaider’s Keyboard Could Help to Double Your Typing Speed

BeeRaider Keyboards is preparing to manufacture its first physical keyboards incorporating its unique and patented Radial Keyboard design, which the company will bring to market in quarter two of 2015. BeeRaider will attend CES 2015 (Jan. 6th to 9th) where it will exhibit two keyboard prototypes and go live with the company’s new web-site. This will be capable of accepting customer pre-orders at a special pre-launch discount of 25% for the first production run of 1,000 keyboards. 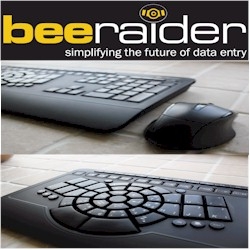 Drogheda, Ireland, January 02, 2015 --(PR.com)-- BeeRaider Keyboards has developed two working prototypes of its first physical keyboard product, which it intends to manufacture and launch in quarter two of 2015. The product will be a desktop PC wireless keyboard and mouse combo set intended primarily for use with WinTel computers. This keyboard will be made available in two main layouts featuring the company’s patented Radial Keyboard design. The first of these will be an ergonomic version of the QWERTY layout, while the second will be a similar keyboard featuring the company’s own Optimised or Efficient character-layout, which BeeRaider claims could help to greatly improve or even double some users’ typing speed.

BeeRaider is also attending CES 2015 International where they will appear at booth #75339 in the Eureka Park section of the show reserved for innovative product start-ups. In tandem with this event the company will also shortly launch its new web-site designed to accept pre-orders for its intended new keyboard products. The first 1,000 keyboards will have a certain distinctive feature which will be unique to only these first production run units, so early pre-ordering is advised. To celebrate this milestone, a discount of 25% will be offered to all customers placing pre-orders via the company’s website (www.BeeRaider.com) in the lead-up to the manufacture of these first 1,000 keyboard units. This 25% discount offer will remain in place until these units have been manufactured and are ready for shipment.

BeeRaider’s innovative Optimised Radial Keyboard design is primarily aimed at untrained computer keyboard users, which would be the vast majority of keyboard users today. Its design offers these users the means by which they can greatly improve their typing speed and efficiency over a relatively short period of time, leading to increased work productivity. To date BeeRaider has carried out limited testing by comparing the company’s Optimised Radial Keyboard App against the Android default QWERTY keyboard and the results have been in line with expectations. Further independent testing is set to continue when the first physical keyboards become available. These will allow the company to conduct more in-depth testing and validation of the design before the final results are published. BeeRaider is confident that the hopes it has invested in its Optimised Radial Keyboard design will be fully vindicated.

The company says that in designing the new keyboard, the aim was to create a design that would be both logical, ergonomic and compact for the purpose of efficient data entry. More detailed design information is available at BeeRaider’s website: (http://www.BeeRaider.com). The website also contains videos showing the design philosophy and a demo using BeeRaider’s Android Keyboard App.

The company will initially supply two main (English language) character-set keyboard layouts, the company’s own unique Optimised/Efficient keyboard together with a QWERTY keyboard version. The layout of the Optimised keyboard’s alpha-characters have been optimised in accordance with their frequency of occurrence in the use of the English language. Ergonomic considerations can be seen in the manifestly simple but effective final bee-like shape of the new keyboard’s physical layout, a shape that all users, even children, will readily relate to. This same optimised layout and ergonomic shape also allows users to type using either one or both hands as preferred.

Testing shows that the new Optimised/Efficient keyboard’s alpha-character layout can be memorised in as little as 10-20 minutes. The alpha-characters would be those characters/keys that the majority of people would type on, most of the time. The new keyboard design scales down well while still maintaining keycap-size and it manages to do this without sacrificing any of the keys seen on a full-character-set desktop keyboard. Because of this and its many other design advantages, it’s expected that this will greatly facilitate improved user typing speed. Its ability to scale well makes the new keyboard design particularly suited for portable devices. BeeRaider contends that the new design will solve the problem of cramped small keys on portable devices such as Net-books and Laptops. The new keyboard design is suitable for integration with all mobile and non-mobile devices currently using the standard QWERTY keyboard design. As demonstrated by its Android Keyboard App, the company’s Radial Keyboard design can also be implemented as a virtual representation on Smart-phone and Tablet devices with touch-screen technology.

BeeRaider believes that their radical new keyboard design represents something of a landmark in the development of Human Interface Devices where data-entry by keyboard is concerned. Unlike the QWERTY standard keyboard design, the new Radial Keyboard design is logical, efficient, ergonomic and compact. In short, a keyboard designed for the 21st century.

BeeRaider is an Irish based keyboard company delivering quality innovative products for the purpose of efficient data-entry. The company supplies both QWERTY and Optimised/Efficient keyboards using its patented Radial Keyboard design. The decision to develop a radical new keyboard design was made because it was felt that the time was right to challenge the dominance of the QWERTY keyboard standard, which previously originated as a late 19th century design for mechanical typewriters.

The advent of a new era in computer-wear and portable computing devices has further exposed the inherent weaknesses of the QWERTY design and BeeRaider believes that the time is now right for an alternative solution in the form of their new logical, ergonomic and efficient Radial Keyboard, which is aimed at providing the first real alternative to the inefficient QWERTY design. BeeRaider Keyboards - the Home of 21st Century Keyboard-data-entry. 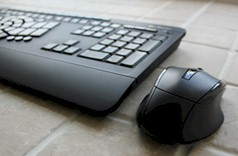 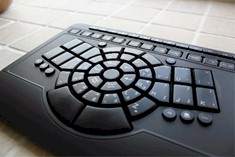 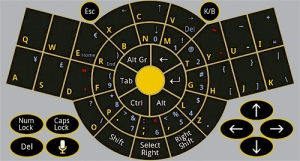 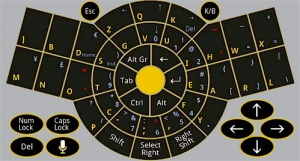 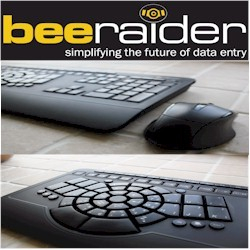