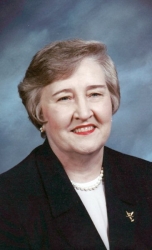 Columbia, TN, February 26, 2015 --(PR.com)-- Sue McClain Greenfield, Ed.S., of Columbia, Tennessee has been included in the Strathmore’s Who’s Who Worldwide Edition for her outstanding contributions and achievements in the field of higher education.

About Sue McClain Greenfield, Ed.S.
Ms. Greenfield is retired after 40 years of experience in the education arena. She was an Associate Professor at Columbia State Community College in Columbia, Tennessee, where she taught business and office administration courses. While no longer teaching, Ms. Greenfield currently serves as Chairman of a nonprofit organization called “Maury County Students in Transition” which provides emergency housing, clothing, food and utilities for students in need. She received the Distinguished Faculty Award from Columbia State Community College in 1984-1985. She was awarded the President’s Medal and was Faculty Senate President at C.S.C.C. and received the NISOD Excellence Award from the University of Texas at Austin in 1993. Ms. Greenfield is affiliated with Maury County Retired Teachers and the Methodist Church. She was the Financial Aid Director at Volunteer State Community College when it opened in 1976 and President of the VSCC Women’s Club. She is Secretary of the Board at Maury Regional Medical Center Auxiliary, and a Board Member of the Mediation Center of Columbia. She was Tennessee State Chaplain of the Alpha Delta Kappa Teacher’s Sorority and is affiliated with the A.A.U.W., N.E.A., T.E.A. and T.R.T.A. Ms. Greenfield served on the Maury County Board of Education from 1990 through 1991. She was born on February 2, 1941, in Columbia, Tennessee, and obtained a B.S. in 1961 and a M.A. in 1967, both from Peabody College of Vanderbilt University. She obtained an Ed.S. at Tennessee Technology University in 1976. Ms. Greenfield married David W. Greenfield on September 1, 1962, and they have two children and two grandchildren. In her spare time she enjoys playing bridge, watching sports, reading and doing family activities.