Robert G. Vaughan Recognized by Strathmore's Who's Who Worldwide Publication 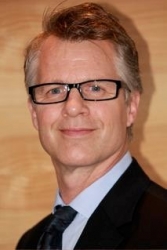 River Hills, WI, September 25, 2015 --(PR.com)-- Robert G. Vaughan of River Hills, Wisconsin has been recognized as a Professional of the Year for 2015 by Strathmore’s Who’s Who Worldwide Edition for his outstanding contributions and achievements as an author.

About Robert G. Vaughan
Robert Vaughan is the author of three collections of poetry: Microtones (2012); Diptychs + Triptychs + Lipsticks + Dipshits (2013); and Addicts & Basements (2014). He also edited Flash Fiction Fridays (2011) and is senior editor at JMWW and Lost in Thought magazines. His plays have been produced in San Francisco, Los Angeles, New York City and Milwaukee. Mr. Vaughan’s awards include Micro-Fiction (2012), and a finalist for the Gertrude Stein Award (2013, 2014), as well as a multiple Pushcart Prize nominee. He was a panelist at the 16th annual AWP Conference in Minneapolis. He leads writing roundtables at Red Oak Writing in Milwaukee, Wisconsin and also teaches workshops at locations like The Clearing in Door County. Mr. Vaughan is a member of Wisconsin Fellowship of Poets, Wisconsin Writers Association, and Academy of American Poets. He blogs at www.robert-vaughan.com.