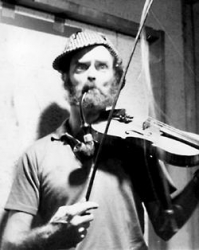 A favorite with Holmsians worldwide, the sound rich, inventive and humorous take on Sherlock Holmes first found an audience on WBAI-FM in New York in the early 1980s.

"I was inspired to create this radio series, first from reading Conan Doyle's stories," said "Misadventures" creator Joe Bevilacqua, who's scripts are filed with sly references to the original "Canon," as it's called.

In "Holmes' Creepy Christmas," Holmes, Watson and Watson's wife, Mary Morstan, who visit Scotland and the castle of Lord Tavis Mac Millian, only to become entangled in the curse of the Loch Alsh monster and the ghost of Macbeth.

Bevilacqua recalls he met his "dream cast" while acting the role of the butler in "Spider's Web," a murder mystery by Lucille Fletcher, author of "Sorry, Wrong Number, Off-Broadway, the summer of 1982.

"All the characters in the play had their Holmesian counterparts. I quickly decided to write a ten-part radio drama series starring this cast," beams the 48-year old producer.

"By the time, we were finished, we had ten great, inspired half-hours," concludes Bevilacqua.

The series have since played on public radio stations across the United States, in Canada, England, Australia and New Zealand. And now on XM Radio.

This is the fifth Christmas special by Joe Bevilacqua. More "Joe Bev" holiday programming can be heard on NPR stations nationwide, through December 25, and online at: The Public Radio Exchange: http://www.prx.org/series/22441.