When Philadelphia area trumpeter Bob Wagner posted a video on YouTube in the Fall of 2012, little did he realize that it would propel his musical career to a national tour and ultimately lead to an upcoming solo performance on the iconic stage of the world famous Carnegie Hall. 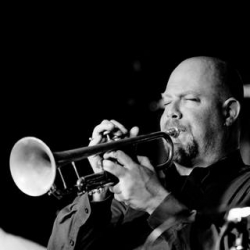 Collegeville, PA, February 24, 2016 --(PR.com)-- Everybody loves the Beatles! While on a break during a performance in the Fall of 2012, trumpeter Bob Wagner and the members of his band started talking about the music of the Beatles. In particular, the discussion centered on the musicians' favorite hits including the song, Penny Lane.

Originally released in 1967 as a double A side with Strawberry Fields, Penny Lane was the Fab Four's 13th single to reach number 1 on the Billboard Hot 100. The song is special to Bob because it includes a trumpet solo, a rare occurrence for a pop song.

Performed on an instrument known as a piccolo trumpet, the iconic solo, recorded for the single by British trumpeter David Mason, was one of the first things Bob learned when he bought his piccolo trumpet 20 years before.

"When I got home from the gig,” Bob recalled. "I wanted to reconnect with the solo, so I decided to set up a video camera in my practice room and record myself playing along with the original recording of Penny Lane. I was happy with the result, so I posted and shared the video on YouTube."

Bob thought nothing more about the video until one evening a few months later when his phone lit up with alerts. A concert promoter for a nationally touring Beatles tribute act was calling.

The shows went well and Bob was invited to start touring with Beatlemania Now. The tour began with a summer-long run of shows in Atlantic City as part of the newly created "Penny Lane Horns."

Over the next 9 months, The Penny Lane horns performed up and down the east coast with Beatlemania Now. "It was really a fantastic experience," says Bob.

At the conclusion of the tour, the group’s leader was so impressed with Bob's musical and organizational abilities, that he asked Bob to help come up with a new project. A musical experience featuring Beatlemania Now accompanied by a full symphony orchestra.

The high point of that project came last summer when Bob traveled to Los Angeles to perform with Beatlemania Now and the California Philharmonic on the main stage at the Disney Concert Hall. The state of the art concert hall, built in 2003, is the home of the LA Philharmonic and has been featured prominently in many blockbuster films including Iron Man and Get Smart.

At the conclusion of Penny Lane, the conductor of the California Philharmonic stopped the show to acknowledge Bob’s performance and his musical contribution to the show to the 2,000 plus members of the audience.

"When I decided to become a full time musician just 5 years ago, I never imagined that I'd be in white tie and tails performing a solo in the West Coast's most prestigious concert hall," described Bob. "And then to have the conductor stop the show so that I could receive a separate and special acknowledgement from the audience. It was a truly humbling moment. Especially when you consider that I wouldn’t have been there in the first place if I hadn’t posted that video."

After returning home to Philadelphia, Bob resumed the life of a freelance trumpeter.

In addition to his own musical projects, the Jump City Jazz Orchestra and Hickory Brass, Bob performs with local musical theater orchestras and also with wide variety of groups in and around the Philadelphia area. A true freelancer, Bob excels in classical, jazz and commercial music performance settings.

A recent highlight included performing in the orchestra for the opening mass of the world meeting of families, the prelude to Pope Francis' 2015 visit to Philadelphia. The mass was attended by 17,000 people inside the Philadelphia Convention center and was also broadcast to a worldwide television audience.

In November 2015, almost three years to the day after Bob's original video was first posted to YouTube, the Penny Lane odyssey has taken a new twist. Bob received an invitation to come to New York City and perform Penny Lane on the world’s most iconic stage.

The Beatles tribute band Liverpool Legends in partnership with Louise Harrison, sister of Beatles guitarist George Harrison, is performing a show at Carnegie Hall to promote Help Keep the Music Alive, an organization that raises money and awareness for school music and art departments around the country. The Lower Moreland (PA) High School band will be traveling to New York to perform in the show.

When the Liverpool Legends leader asked the school's band director, Erin Stroup, if he knew anyone who could play the trumpet solo in Penny Lane, Stroup, a friend and musical colleague of Bob's, sent along a link to Bob's video.

Next thing he knew, Bob was invited to come to Carnegie Hall on Saturday March 5th and perform the solo as part of the show.

"I was in the car when I received the message," Bob says. "I was in shock. I had to pull over to the side of the road and compose myself."

With a degree from Lehigh University, and training as both an Electrical Engineer and Musician, Bob Wagner spent the first 20 years of his career pursuing both technological and musical interests professionally until 2011 when he chose to focus on music full time.

As a full time musician, Bob maintains an active schedule as a freelance trumpet performer, arranger, bandleader, and musical contractor based in the Philadelphia, PA area.

With his unique professional background, Bob has also served as a clinician and guest speaker in secondary, collegiate and professional settings covering a broad range topics including business, technology, social media, motivational and career guidance, and of course trumpet performance and ensemble coaching.