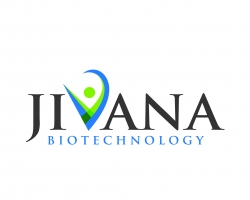 Chicago, IL, May 06, 2016 --(PR.com)-- Jivana Biotechnology Inc, is pleased to announce the addition of Dr. David Jablons to its advisory committee.

"We are delighted that Dr Jablons has agreed to join our advisory committee," said Sid Hopps, president and chief executive officer of Jivana Biotechnology. "David brings deep experience in Thoracic Surgical Oncology and development of immunotherapy-based drugs for the treatment of lung cancer. David will be instrumental in helping us develop our therapies for lung and other cancers.”

Dr Jablons has been a pioneer in the field of molecular diagnostics, as part of a team that developed a multi-gene diagnostic assay identifying patients at risk for recurrence of early-stage non-small-cell lung cancer. Dr Jablons is also a co-investigator on several other grants as part of collaborations with lead PIs in other labs: (1) Development of new immunotherapy-based drugs for the treatment of lung cancer by isolating resident immune cells in lung tumor tissue to assess the adaptive immune response; (2) Investigation of the mechanism of the KMD5A protein in rendering NSCLC resistant to EGFR TKI therapy; and (3) Investigation of the role of genetic variation in TGF-beta overactivation in COPD.