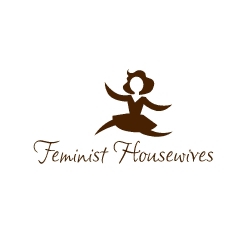 Lafayette, IN, January 14, 2008 --(PR.com)-- There's a new breed of women out there and they are not where you would expect to find them - they are staying at home. These are not your stereotypical housewives - they are feminists who have embraced the key tenet of feminism: a woman's right to choose her own path. According to the most recent figures from the U.S. Census Bureau, 5.4 million mothers stayed home with their children last year -- about 850,000 more than the number who did so 10 years ago. Of those who stayed home in 2004, 88 percent said they made the choice primarily to care for children.

Their mothers were told they could have it all - great husband, great kids, great house, and a great career. Sure, some few pulled it all off, but most of them ended up teetering on the edge of a nervous breakdown, if not worse. Their children were the guinea pigs of this new era. They are the latchkey, daycare generation, and now that they are adults, they want something better for their families.

Erin Crain is one of those women. After searching fruitlessly online for a community of feminists who have chosen a more domestic career path, she decided to create her own. Feminist Housewives received attention immediately; the site went live on Friday, December 14, 2007 and the following Monday was up to 200 visitors a day. Now, a mere four weeks later, the visitor count is over 1000 per day and the community has 45 members.

Debbie Stoller of Bust Magazine found the site 'interesting, for sure' and is planning on adding it to the editor's picks on Bust's website. Crystal of The Cinnamon Hollow had this to say about the site and its concept: "You have most definitely opened my eyes to the role I play in my family and have made me proud to say that 'Yes, I am a Feminist Housewife!'"

Feminist Housewives is a community and resource site. There is a section devoted to issues like mom body image, attachment parenting, and gender. In both the community and site, the weighted nature of the term feminism is being discussed. Feminism calls to mind many things: bra-burners, man-haters, and suffragettes, just to name a few. Many of the community members are happily married and do not want to be associated with misandry. The community is a free, open forum where members can discuss their thoughts in a safe, friendly place. Members can also upload pictures, write blogs, and more.

Currently, Feminist Housewives is a one-woman show with big dreams. Erin hopes to challenge the stereotypes surrounding both feminists and housewives. "We're taking care of our homes, but that's not all we do. We're also up-to-date on world news and issues, blogging, and most importantly, raising socially conscious children."