Goshen, NY, August 15, 2016 --(PR.com)-- Sweet Tymes, which debuted in downtown Goshen early in July of this year, is seeking to reinvent the idea of fudge. Alongside the traditional flavors like maple walnut and chocolate, Goshen’s newest hotspot is serving up crazy candy store concoctions including Jelly Donut, Cinnamon Bun and Jalapeno fudge.

“This family enterprise is about reviving sweet memories and creating new ones. The idea of creating unique and exciting hand crafted flavors is to make fudge appealing to a broader base of customers, across generations. We are seeking to reinvent the traditional fudge concept,” said long time Goshen resident and fudge maker, Irene Vecchi.

Sweet Tymes proprietor, David Seligmann, also a long time Goshen Resident, sought to bring a new old concept to Goshen when he returned from his last assignment abroad and observed the village in desperate need of merchants open into the evening and activities for teens, tweens and adults. In addition to hand crafted fudge, the shop carries Hudson Valley artisan ice cream by Jane’s in Kingston, a curated collection of nostalgia candy and an enormous variety of bulk candy including old and new favorites.

“I wanted to create a place where kids of all ages can come in, enjoy a few sweet memories and create some new ones,” said David Seligmann.

Sweet Tymes is a family enterprise with Seligmann’s son Lee as the General Manager (and ice cream guru), and his daughter Annelise Seligmann as the kid and flavor advisor. In addition to the delicious products at the store, a party room is available on site for birthday parties, showers and other gatherings. Offsite catering is available and they will bring the happiness to you in the form of catered platters, candy buffets, custom novelties and your choice of colors and flavors.

Sweet Tymes is located at 159 W Main Street, next door to Catherine’s and across from Kennett’s. Open Monday through Thursday from 11am to 10pm, Fridays and Saturdays from 11am to 11pm. www.sweettymes.com @sweettymesny 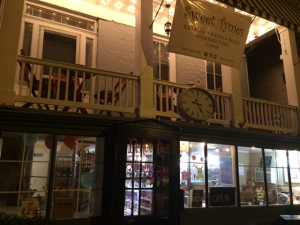 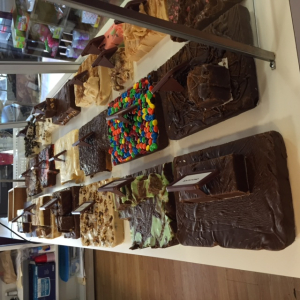 A variety of Fudge flavors on display at Sweet Tymes 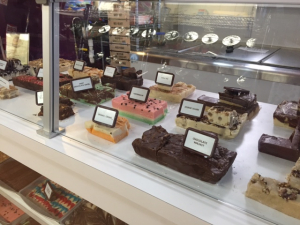 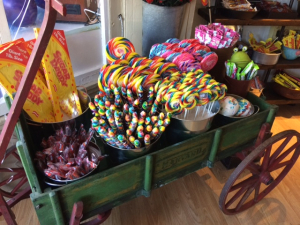 The Candy Wagon at Sweet Tymes 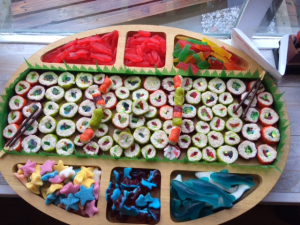 Sushi made of fudge , rice crispies 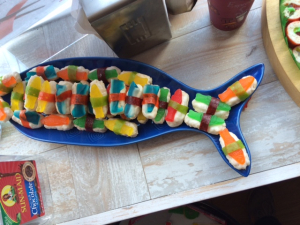