"Rocky" Roque De La Fuente will defend the constitutional rights of US citizens to secure electoral reform in the State of Virginia tomorrow, September 23, 2016, when he presents his case against the Virginia Board of Electors at the Alexandria Courthouse. 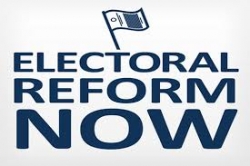 Alexandria, VA, September 22, 2016 --(PR.com)-- It’s of no surprise that “Rocky” Roque De La Fuente has taken it upon himself to fight for the constitutional rights of US citizens to secure electoral reform. "Having encountered many obstacles to obtain ballot access in the State of Virginia during this election cycle, it became clear that the current processes are designed to exclude any individual that is not part of the political establishment or a party's 'preferred' candidate (as occurred during the Democratic primary)," says De La Fuente.

Tomorrow, September 23, 2016, “Rocky” will present his case against James B. Alcorn, Clara Belle Wheeler, and Singleton B. McCallister in their official capacity as members of the Virginia Board of Elections. “Rocky” will address how incredibly archaic he believes the statutes and procedures are, as well as how they go against the very Constitution upon which this nation was built.

Presidential candidates must obtain electors to qualify. "However, Virginia has created unnecessary hurdles including a requirement of electors to present their Social Security numbers (SSNs). The collection of SSNs is not only a nuisance, it is a severe restriction on speech that directly violates the First Amendment, as well as one’s right to privacy under the Fourth Amendment," says De La Fuente.

It is important that the citizens of Virginia demonstrate their support for “Rocky” tomorrow, September 23rd, at the hearing scheduled for 10:00 am at the Alexandria Courthouse located at 401 Courthouse Square, VA 22314.