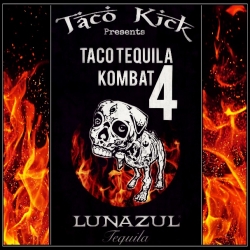 Charleston, SC, November 15, 2016 --(PR.com)-- An underground tournament between chefs and bartenders in downtown Charleston has been held four consecutive years right under the nose of society. When asked about the origins of this tournament the creator (Lewis Kesaris) said that "different than mainstream society, restaurant employees work while the rest of the world plays and sleeps. Every holiday means triple the work, Friday/Saturday good luck getting home by 3AM, and don't forget to be back at 7AM! So when do our restaurant employees have a chance to go enjoy the Industry they love? Monday Night at Taco Tequila Kombat. It's not just a competition, it's a party, it's a networking event, it's a team building event, it's a place where people who know food and beverage talk F&B, but mostly it's a Party!"