Bestselling author, international speaker and founder of Access Consciousness, Gary Douglas, believes that listening and trusting our bodies allows us to make better decisions. Douglas and the team at Access Consciousness are launching Body Awareness Weekend. It will provide workshops and tips to empower people to reconnect with their bodies and gain a better sense of self-awareness. The event will take place across 170 countries giving many the access to tools to start making better choices. 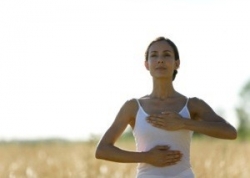 According to a recent study* in the United Kingdom, the average person will make six truly terrible decisions in their life, and will continue to regret four of them.

These horrendous faux pas include marrying the wrong person, making poor financial decisions and being in the wrong job.

International speaker, Gary Douglas, has met thousands of people around the world who regret decisions they have made in life – both big and small – and offers a simple antidote to chronic poor judgement.

“If you really want to make great decision, you have to have awareness of your body,” he explains.

Scientific evidence has shown that our bodies are more ‘intelligent’ than most give them credit for. In fact, one study out of ETH Zurich revealed that brain-body communication is not a one way interaction and discovered the stomach sends messages to the brain, particularly affecting the way we recognise and respond to danger.

A global speaker, best-selling author and founder of the global community, Access Consciousness®, Douglas maintains that this gut instinct is the key to making healthier and more successful decisions. He believes that the body has a constant awareness of what’s best for you because it wants you to make choices that help it thrive.

On 17-18 December 2016, Douglas and Access Consciousness® are launching the global Body Awareness Weekend, offering free demonstrations and advice on how to establish a healthier relationship with your body and the awareness it contains.
Over two days, facilitators in more than 170 countries around the world will be demonstrating Access Consciousness® bodywork tools such as:

· The Access Bars: a light-touch healing modality
· Cellular Memory: Removing the memory of trauma from body cells
· Thank You Body: a simple gratitude exercise to enhance connection and wellness
· Meditation Walk: a mindfulness tool to stimulate mental and physical wellbeing

Douglas maintains that awareness of the body and its needs is a key element of success. Because of this, he recommends individuals take regular steps to connect with their physical self. “Every day, choose at least one thing that’s nurturing for your body: take a bubble bath, go for a walk, write, dance, ski or play,” he suggests.

“If you don’t know what nurtures your body, ask! And ask every day, because it can change.”

“Make what is nurturing to your body a priority and choose it daily,” he adds.

About Gary Douglas
Bestselling author, international speaker and business innovator, Gary Douglas has become an internationally-recognized thought leader, transforming thousands of lives across the world. He empowers people to see different possibilities and to recognize what is truly possible for them. Douglas is acknowledged worldwide for his unique perspectives on personal transformation that are unlike anything else in the world. He is not aligned with any particular religion or tradition. The Access Consciousness tools are now offered in 171 countries and have been translated into 30 languages.