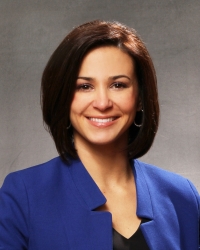 Miles comes to Aurora from Northeast Methodist Hospital, a 179-bed HCA facility in San Antonio, Texas, where she has served as Chief Nursing Officer since February 2014. Prior to her CNO role, Miles was the Vice President of Nursing for Methodist Healthcare, a 700-bed trauma center.

“We are very pleased to have Rachel join our executive team,” said Dan Miller, TMCA’s President and CEO. “In addition to her management experience, Rachel brings nearly 15 years of nursing experience and expertise into this role. She has been a proven leader in the San Antonio market and will bring her passion for patient safety and high quality care to The Medical Center of Aurora and all of our affiliated campuses.”

Miles is a Registered Nurse, having received a Bachelor of Science in Nursing from the University of Central Florida (UCF) in Orlando and began her career in a medical ICU at Central Florida Regional, an HCA facility. She soon transferred to the hospital’s Cardiac ICU, where she spent three years focusing on recovering patients from bypass surgery and other cardiovascular procedures. Miles went on to earn her master’s degree in Nursing Leadership and Management, graduating with honors in 2008 from UCF.

At TMCA, Miles will be the top nursing executive overseeing the medical center’s four campuses, which include two freestanding ERs (Centennial Medical Plaza and Saddle Rock ER), and an array of services and programs including behavioral health and TMCA’s Level 2 Trauma Center and emergency services.

“I am very excited to join the team at The Medical Center of Aurora,” said Miles. “I look forward to working with a great team of staff and physicians who take pride in caring for, and giving back to, their community.”

About The Medical Center of Aurora
The Medical Center of Aurora, the first community hospital in the Denver Metro area to receive two-time Magnet designation for nursing excellence by the American Nurses Credentialing Center (ANCC), is a 346-bed acute care hospital located in Aurora, Colorado. The Medical Center of Aurora is comprised of six campuses in Aurora and Centennial, Colo., including the Main Campus, located at Interstate 225 and Mississippi, the North Campus Behavioral Health and Wellness Center, Centennial Medical Plaza, Saddle Rock ER, Spalding Rehabilitation Hospital and a medical office building at Green Valley Ranch. The Main Campus facility is a Level II Trauma Center with Primary Stroke Certification and Chest Pain Center accreditation, serving the eastern metro area and I-70 corridor. The Medical Center of Aurora received ‘A’ grades from The Leapfrog Group (Fall 2015, Fall 2016), was named Colorado’s only 2016 Leapfrog Top General Hospital, was recognized as the #4 hospital in the Denver metro area and the #4 hospital in Colorado by U.S. News & World Report (2014-2015), and was one of only nine hospitals in the country to receive the Lantern Award for Excellence in Emergency Room Care by the Emergency Nurses Association (2013). www.AuroraMed.com
Contact
The Medical Center of Aurora
Laura Stephens
303-591-5635
www.AuroraMed.com