Guy E. Griscom, CAE Recognized as a Most Distinguished Retiree by Strathmore's Who's Who Worldwide Publication 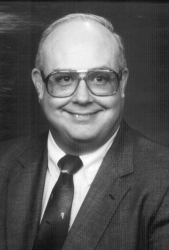 Conroe, TX, August 05, 2017 --(PR.com)-- Guy E. Griscom, CAE of Conroe, Texas has been recognized as a Most Distinguished Retiree by Strathmore’s Who’s Who Worldwide for his outstanding contributions and achievements in the field of county government services.

Born on September 13, 1944 in Houston, Texas, Mr. Griscom obtained a B.B. A. at the University of Houston in 1972. He is a Certified Assessment Evaluator through the International Association of Assessing Officers and a Licensed Registered Professional Appraiser through the State of Texas.

From 1964 to 1968 Mr. Griscom served as a field appraiser of residential property for the consolidated tax office of the City of Houston, Texas and the Houston Independent School District. He led the efforts to computerize the property tax records for the City of Houston from 1968 to 1972 and from 1972 to 1977 directed the property tax collection department for the City of Houston and for the Houston Independent School District. He also served as a Tax Assessor/Collector from 1978 to 1979 for the same. Mr. Griscom became the first Chief Appraiser of the Montgomery Central Appraisal District of Conroe, Texas, consolidating the appraisal records of 72 taxing entities within Montgomery, Texas, serving from 1980 to 1982. He then served as Vice President of Cole, Layer & Trumble Company from 1983 to 1985. From 1985 to 1986, Mr. Griscom served as President of his own company specializing in appraisal services. Beginning in 1987, he served as a member of the Harris County Appraisal Districts' management team where he directed the operation of the appraisal department, until his retirement in 2014. He has served as an instructor of appraisal courses required for the Texas State Appraiser Licensing Board since 1985.

On January 26, 1966, Mr. Griscom married Sheri and they have two children and five grandchildren. He spends his retirement enjoying family activities and outings, fishing, hunting and riding a John Deere tractor.