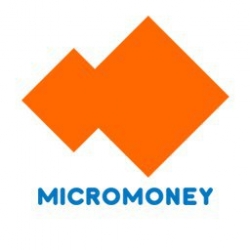 Singapore, Singapore, October 04, 2017 --(PR.com)-- Micromoney Intl., the lending services provider using blockchain technology to bank the world’s unbanked, has gathered the who is who of the blockchain industry for the Advisory Board supporting its token distribution event. The board exceeds 50 advisors, some of whom are not seeking publicity but all contributing to MicroMoney’s vision on international lending evolution, servicing clients in SouthEast Asia and further international and intermodal expansion.

A thriving business in Myanmar, Cambodia, Thailand, Indonesia and Sri Lanka with 100,000 registered users and 40,000 issued loans projected EOY, Micromoney aims to use the funds from the token distribution to add 25 million customers to Micromoney family and help introduce billions of the unbanked to the global financial industry. Today, banks are not able to approve first loan applications for billions of people worldwide due to absence of credit history and records. Micromoney breaks this vicious cycle by lending to the unbanked and thus creating credit profiles banks could use, a breakthrough made possible by productisation of the proprietary blockchain-based Decentralised A.I. Neural Network Scoring System.

“We are thrilled to have captured the attention of such a diverse of a group,” said Anton Dzyatkovsky, MicroMoney’s CEO and co-founder. “The breadth of our advisors’ geography and backgrounds highlights the universal appeal of MicroMoney’s ultimate objective – to help bank the world’s 2 billion of the unbanked.”

“MicroMoney’s vision to convert the world’s unbanked into members of global financial system could be one of better business objectives of the entire 21st century,” said MicroMoney advisor Roel Wolfert, the founder of Qoin, which helps build vibrant local communities by introducing locally owned and locally run community currencies.

Wolfert is also an author and professional advisor to highly successful token campaigns, such as KickICO and Bancor (with $153 million raised). Wolfert writes about value management, the vision and methodology to get more value by more effective changes in business projects.

MicroMoney’s mission dovetails with the latest trends in global development and non-profit lending, where The United Nations plays a special role by embracing blockchain as one of the key initiatives to help reduce suffering and inequality in the world.

Overall, the board consists of 22 public members including 3 women who hail from the world of finance and crypto start-ups.

Please visit micromoney.io for more information about the Advisory Board or the token event.

About MicroMoney
Founded in 2015, MicroMoney International is a global fintech company offering financial services for the unbanked in the emerging markets, and access to the unbanked audience for banks, trade, and financial organizations. MicroMoney is a fast-growing company with $1.86 million paid-in capital and over 85 employees.