TPCAST Wireless Technology Takes the Virtual Reality Experience to the Next Level. TPCAST, the leader in wireless virtual reality (VR) technology, announced today that it is working on a wireless adapter for the Oculus Rift headset. TPCAST is the first to introduce a commercial Wireless Adapter for Virtual Reality, which preserves the video quality and application performance. 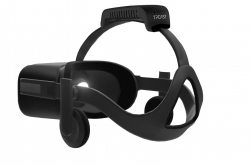 San Jose, CA, October 13, 2017 --(PR.com)-- Oculus Connect (OC4) -- TPCAST, the leader in wireless virtual reality (VR) technology, announced today that it is working on a wireless adapter for the Oculus Rift headset. TPCAST is the first to introduce a commercial Wireless Adapter for Virtual Reality, which preserves the video quality and application performance. The TPCAST solution has been shipping in production and demonstrating high video quality and low latency.

The current high-end VR HMDs are driven by a cable transmitting the video, voice, data, and power utilizing HDMI, USB, and power connectors. The heavy-duty cord limits the VR experience by tying the user to a server and restricting the freedom of movement. With the TPCAST wireless solution, Rift users will gain an enhanced experience, as they roam around freely and play games, while preserving the same high quality as a standard wired connection.

“TPCAST is committed to support the Oculus Rift HMD with our unique wireless technology solutions, and provide VR users a high-quality, immersive VR encounter,” stated Michael Liu, TPCAST CEO. “With the TPCAST wireless adapter, we will be changing the VR usage and experience by providing the complete freedom of movement with no cables attached.”

The wireless adapter supports 2K video transmission at 90Fps with sub 2ms latency. The adapter comes with a battery to power the headset and the wireless module and can last for up to 5 hours of operation. This wireless adapter gives enterprise content developers the freedom to create more innovative content in many industries including automotive, healthcare, oil & gas, real estate and more.

"We have been using the TPCAST wireless solution daily for the past month and it really takes VR experiences to the next level. TPCAST support for Oculus Rift, one of the leading HMD vendors, is a great win for the entire VR community," said Karl Krantz, CEO of SVVR.

TPCAST has been shipping the technology in China for the past six months and is targeting on having the Wireless Adapter for Oculus Rift available by the end of Q4 2017.

About TPCAST:
Creator of the first commercial wireless virtual reality solution, TPCAST’s vision is to unleash the VR world by removing cables now built-in to all VR/AR/MR head-mounted displays (HMDs). The company’s patent-pending technologies enable highly efficient bi-directional communications between the PC and a VR HMD with near-zero latency. The company has its intellectual property rights in the fields of wireless communications and virtual reality. Its mission is to work with all parties in the VR industry including HMD manufacturers, game developers, content providers, GPU makers, and key VR technology providers to deliver the best wireless VR experience to consumers and enterprise users.
Contact
TPCAST
Tal Arad
669-241-4516
tpcastvr.com