From the creator of Straits, Sino and Roots & Rye 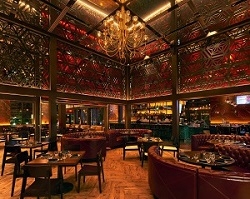 San Jose, CA, October 31, 2017 --(PR.com)-- Building on the success of Sino (modern Chinese), Straits (Singapore/Malaysian) and Roots & Rye (new American), prolific chef and restaurateur Chris Yeo will once again redefine dining and entertainment with the launch of the Province at the new Bay 101 Casino. Chris became an early pioneer of Asian fusion cuisine when he introduced Straits Café to the Bay Area in 1987. His work inspired a new generation of aspiring chefs and he is recognized by the James Beard Foundation, United Nations and Smithsonian Institute. Yeo is also a co-author of the Cooking of Singapore with Joyce Jue.

"My goal is to create a fun yet sophisticated environment that brings people together," says Concept President Julian Yeo. In naming the restaurant, Julian wanted it to reflect a place where many cultures and flavors meet. That philosophy also extends to the design and ambiance of the restaurant. Upon entering the Province, guests will be greeted by ultra-chic and sensational interior design with a massive chandelier, island bar and hand-painted murals.

The Province is open daily for lunch, happy hour, dinner and late night. The restaurant is conveniently located at the heart of Silicon Valley and near the San Jose International Airport.