Transportation Club of Jacksonville, a prominent network of transportation executives within the Northeastern Florida region, announced the appointment of Dixie Moody to First Vice President. 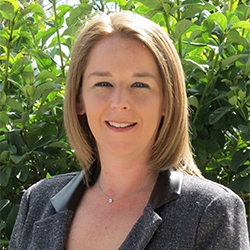 Jacksonville, FL, January 23, 2018 --(PR.com)-- For six years now, Dixie Moody has been an active part of the Board at the Transportation Club of Jacksonville (TCJAX). Moody was named the club’s secretary in 2014 and the second VP in 2017.

At Grimes Trucking Company, Dixie Moody is the Transportation Office Administrator, where she is responsible for everyday activities of drivers and fleet coordinators. Both at Grimes and TCJAX, she organizes all data and keeps operations running efficiently.

"I look forward to serving TCJAX in the Vice President role to support the newly elected board and membership by providing a positive experience and valuable networking opportunities. 2018 is the year to get amped about the exciting events planned and the awesome organization we are a part of," said Moody.

About TCJAX
TCJAX brings together Northeast Florida executives to network and discuss topics relating to local and national transportation issues. Our mission today is a continuation of the mission of the first transportation club, formed almost 100 years ago in New York.