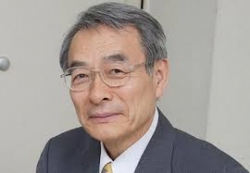 Who would have imagined – “Food as Medicine,” but the newly developed concept of Better Low Protein Brown Rice and Wax-free Brown Rice, the two new types of high-grade, dietary-rich kernels came into view after procuring probing by Life Science Promoting Association, Tokyo.

One of the widely consumed staple food for a large part of the world's population, particularly Asia; RICE remains the third-highest worldwide produced agricultural commodity, after maize and sugarcane.

However, there are many different types of rice but in terms of health benefits, not all are produced equal. And we are into constant investigation about which is healthier - Brown Rice or White Rice? The known about Brown Rice has become a fairly sought after cereal, especially because of the numerous health benefits it provides. The health benefits of Brown rice are partially due to the way it is prepared and it is regarded superior to its more commonly consumed cousin, white rice, mainly because of a minor prowess in their processing. Brown rice is a whole-grain with the unpalatable outer husk extracted; while, white rice is the same cereal with the husk, sub-aleurone and pericar bran layer, and cereal germ removed.

Scanning the metabolic syndrome WFBR in comparison to its cousin cereal rice in a systematic cross-over fashion, the increase in insulin resistance, and glucose and LDL-cholesterol levels after white rice consumption period found to be significantly lowered after ingestion of WFBR.

During the proprietary manufacturing process of Wax-free Brown Rice (WFBR), only the water-resistant, indigestible wax layer that surrounds the rice kernels are removed while keeping the nutrients-rich bran layer intact for the purpose to improve its alimentary value and at the same time making it more appetizing.

The author Shaw Watanabe (M.D, PhD) reveals: Extraction of wax layer from brown rice keeping intact the nutrients rich bran layer is necessary for enhancing the salubrious of brown rice. Further, with extraction of protein from rice, yielded low protein brown rice is said to be advantageous for chronic kidney disease and other wellness & preventive management.

The WFBR and its low protein reduced wax-free brown rice are becoming apparent as a highly healthier nutritious grain option. Characterized by the low protein, low phosphate, and trace of potassium, the WFBR is depicted to be highly helpful in preventing health problems such as kidney damage, osteoporosis and exposure to other fatal diseases.

Served for analysis, the vitamin lipid metabolism in low protein WFBR is perceived to be dramatically improved by retaining high amino acids activity and all energy contents, while limiting the excess intake of fat-soluble vitamins that pose a greater risk for toxicity when consumed in shed loads.

Moreover, the Vitamin B1 and B2 are also decreased, while retaining the essential dietary fibers in WFBR which is good for heart, digestion and notably decreases the risk of diabetes cancer, and high cholesterol. Gamma oryzanol reduced half by wax extraction from low protein WFBR, but still shows its usefulness as a medical management for high cholesterol and symptoms of aging.

The bran layer and germ retained makes the medical brown rice nutritionally similar to conventional brown rice, while being easy to digest and flavorful. The simple yet well-balanced set meal is said to be a health-giving restorative, with a shorter cooking time as opposed to conventional brown as well as white rice. The Nutritional Wax-free Brown Rice further eliminates the need to be rinsed, making preparation easier and eco-friendly.

The co-author Shaw conjectures WFBH as superseding the BG rinse-free rice in terms of dietary management of obesity with positive responses of their consumption on abdominal fat distribution. With his present evaluation, the effects of LPBR could be at disposal for patients with renal insufficiency.

Concluding from the analysis, the author witnesses the long-term beneficial effects of WFBR on postprandial endothelial function and metabolic parameters, partly owing to the lowering of glycaemic response.