The Second Cup Coffee Company today announced that it will continue its expansion with the first café opening shortly in Helsinki, Finland. 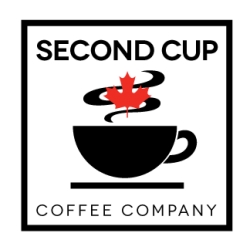 Toronto, Canada, October 27, 2018 --(PR.com)-- This week The Second Cup Coffee Company Inc. announced plans to continue their International expansion with plans to open cafés in Finland. The flagship location, set to open this winter, will be located in Helsinki city center, with plans for 10 cafes over the next few years.

“We can’t wait to introduce Second Cup to our fellow coffee lovers in Finland. At the heart of everything Second Cup does is coffee and a café way of life. We are positive that Second Cup’s premium Rainforest Alliance© coffee offering as well as the assortment of teas, food, desserts and signature frozen yogurt will be a wonderful addition to Helsinki’s coffee and café scene,” shared Franchise Partner Anne Aziz.

It was only a matter of time until Canadian based The Second Cup Coffee Company Inc. reached the small but notorious coffee-loving country of Finland. Known for their unquenchable thirst for coffee, Finland has consistently had the highest daily consumption (2.64 cups per person) of coffee of any country.

“This is a tremendous opportunity for Second Cup to continue its brand expansion internationally with dedicated regional partners like Ann and her team in Finland. Customers throughout the world have embraced the Second Cup offering and we plan to build on that momentum in this flourishing market,” said Jim Ragas, President and CEO of The Second Cup Coffee Company Inc.

Second Cup grew from its humble beginnings in 1975 in Toronto, Ontario, and over the past 43 plus years the company has expanded globally to over 32 regions worldwide with over 250 cafes operating internationally.
Contact
The Second Cup Coffee Company Inc.
Jim Ragas
1-905-234-0315
mysecondcup.com