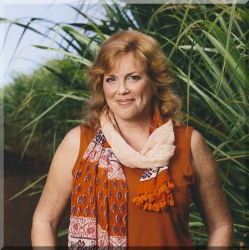 Honolulu, HI, December 06, 2018 --(PR.com)-- Toby (Wilson) Neal, a resident of Makawao, HI, author of the USA Today bestselling Lei Crime Series and spin-off Paradise Crime series, is releasing her first memoir, Freckled: A Memoir of Growing Up Wild in Hawaii, on December 30, 2018. The memoir will be available in ebook and print through all major book retailers.

Toby (Wilson) Neal grew up on the island of Kaua’i in Hawaii, and her memoir is a fast-paced story of growing up a homeless surfer kid and making her way to college at Boston University. The book covers a period from 1965-1983 on Kaua’i, and contains a Foreword by John Wehrheim, documentarian and creator of the Taylor Camp photos and film.

Neal earned degrees in psychology, human services, and social work after leaving Kaua’i. She returned to Hawaii in 1999, settling on Maui, where she worked for the Hawaii Department of Education as a counselor for twelve years before beginning a full time writing career. She’s written more than thirty mystery, thriller, and romance novels and sold more than a million copies worldwide, most of them mysteries that take place in Hawaii. Neal’s work has won numerous awards, and Kirkus Reviews calls her prose “effortless and elegant.”

Book research for Freckled took Neal back to the North Shore of Oahu, where her family lived in a beach cottage from 1967–1970, and then out to Ke’e Beach on Kaua’i where the family lived near the famous Taylor Camp. She witnessed the landing of the Hokulei’a in 1976 and lived through several natural disasters as she grew up in a family that struggled with poverty, mental health and substance abuse. Living on Kaua’i an era before TV came to the island, and frequently homeless, Neal entertained herself by reading and making up stories. "Everything that happens in our lives is the stuff of story," Neal says, "and sometimes the best stories are true.”

Freckled: A Memoir of Growing Up Wild in Hawaii will be available through all major book retailers on 12/30/18, listed under TW Neal, Neal’s nonfiction writing name. 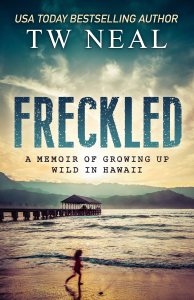 Freckled: A Memoir of Growing Up Wild in Hawaii