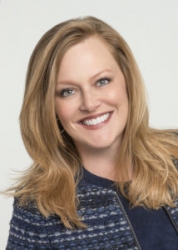 McCall has spent the past 15 years of her career in the elder care space, experiencing first-hand hoarding and end of life issues. The ability of Spaulding Decon’s services to help those experiencing these kinds of crisis situations drew her to the franchise opportunity. “I was first inspired by Spaulding Decon’s innate quality of helping people in their greatest times of need,” said McCall. “But the quality of the company and franchise opportunities created by CEO and President Laura Spaulding is unparalleled. I am thrilled to be part of the Spaulding Decon team.”

In preparation for the launch of Spaulding Decon’s Austin franchise, McCall received two weeks of intense training from Spaulding at franchise headquarters in Tampa, Florida, which all new franchisees must undergo prior to launching their businesses. During those two weeks, franchisees receive hands-on training in both operations and technology with Spaulding Decon’s proprietary estimating software. Business performance goals are also set along with budgets to get all franchisees started for success during the course of training.

“Rhone is a dynamic business builder who has a vast experience in franchising,” stated Spaulding. “We are honored to have her as a part of our team and excited to see her growth.”

About Spaulding Decon
Based in Tampa, Fla., Spaulding Decon the only franchise offering in the country for crime scene cleanup, hoarding cleanup, as meth lab cleanup as well as actively buys houses in cash. Spaulding Decon’s unique real estate component provides their clients a way to get rid of the home and bad memories without being saddled with renovation, and restoration. Spaulding Decon also specialize in water restoration after emergency flood situations. The company has been featured in the Wall Street Journal, Entrepreneur Magazine, and the Huffington Post among other national publications. For more information on this exciting franchise opportunity, visit Spaulding Decon or call 866-99-DECON.
Contact
Spaulding Decon
Rebecca Grissom
813-298-7122
www.spauldingdecon.com