As the 2019 Whale Watching Season Enters Its Peak in Cabo San Lucas, Cabo Yacht World Makes Sure Tourists Don’t Miss Out on the Action

With the company’s impressive fleet of luxury boats and yachts, tourists can enjoy a memorable whale watching tour with their friends and family. Their team has worked quite hard to provide even better services to customers this year. They’ve updated and upgraded the fleet and have tried to set package prices as low as possible to make them affordable for all. 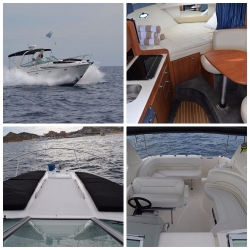 The 2019 whale watching season in Cabo San Lucas has entered its peak. Like every year, more than hundreds of thousands of tourists have travelled to the city to treat themselves to one of the most unique and enthralling whale watching experiences in the world. Entertaining them are large cetaceans, including humpback whales, gray whales, blue whales and sperm whales making their way to the waters of Cabo to breed and calve. It’s a chance to watch these gentle giants from close that no one wants to miss out on.

To facilitate increased tour requests during the peak season, the company has also increased departure times.

“For the first time ever in the history of our company, we’ve decided to increase departure times so that no one misses out on the action that’s happening in the deep waters of Cabo,” concluded the spokesperson.

Cabo Yacht World has more than a decade of experience in nautical tourism in the Los Cabos region, Mexico. The company offers a wide selection of luxurious yachts and fishing boats that come with the latest navigational technologies and tracking systems. The yachts are also equipped with professional crew, personalized chef and other amenities.