Susana Rabel, David Valaer to lead efforts in generating public support for final salute to veterans of the Greatest Generation. 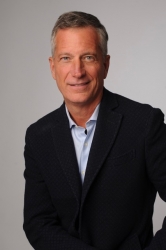 Dallas, TX, August 21, 2019 --(PR.com)-- The National Board of State Funeral for World War II Veterans today announced David Valaer and Susana Rabel as co-chairs of its important work in Texas.

“We’re honored to have these two accomplished individuals serve as co-chairs for the Lone Star State,” said Lee William (Bill) McNutt, Chairman of the State Funeral for World War II Veterans. “Both have already made invaluable contributions to this mission, and we’re looking forward to their continued support!”

“Texas is one of only three states that is home to more than one million veterans, along with California and Florida,” said Valaer. “I’m honored to do my part to show them how much we value their service and sacrifice to this country.”

Rabel, born and raised in Guadalajara, Mexico, earned her bachelor of arts from Randolph-Macon Woman's College in Lynchburg, Virginia, and her Juris Doctor from Southern Methodist University in Dallas. While studying English, economics, business, and communications at Randolph-Macon, she was accepted into both the Phi Beta Kappa academic honor society and the Delta Kappa national leadership and honor society. Rabel’s law school achievements include serving as assistant editor for the SMU Law Review Association. She would return to the academic setting years later as an adjunct professor at Dallas’ Richland Community College.

“Today our nation stands divided in numerous ways and yearns for a unifying national event,” said Rabel. “A state funeral is a wonderful way to bring people together while thanking the Greatest Generation who served our country to defeat Nazism, Fascism and Imperialism.”

In May, both chambers of the Texas State Legislature, led by state Representative Rick Miller and state Senator Brian Birdwell, passed a joint resolution calling on the Trump Administration to support the State Funeral for World War II Veterans’ mission.

Rabel, Valaer and the State Funeral for World War II Veterans organization request the public to offer their support by visiting its Change.org petition.

The State Funeral for World War II Veterans’ nationwide campaign calls for the President of the United States to designate a state funeral for the last Medal of Honor recipient from World War II, as a final salute to the 16 million men and women of the greatest generation who served in our armed forces from 1941 to 1945. The White House holds sole authority to do so and does not require approval from the U.S. Congress to enact. A State Funeral is a 7 to 10-day national event and consists of ceremonies within the state where the honoree was in residence. Ceremonies within Washington, D.C., and in the state (or at Arlington National Cemetery) where the authorized individual has chosen to be interred. All funeral arrangements are made by The U.S. Military District of Washington, D.C., and involve Armed Forces honor guards, elite military bands, and/or guns support (source White House.gov website). The last two State Funerals were Ronald Reagan in 2004 and George Bush in 2018. The last non-Presidential State Funeral was General Douglas MacArthur in 1964.

This effort is the brainchild of McNutt’s 10-year-old daughter, Rabel, a public school student, in honor of her godfather, Walter Ehlers, Congressional Medal of Honor recipient for his efforts at The Battle for Normandy in June 1944. She recently discussed this idea in a video that viewers can watch on YouTube.

Co-Chairman David Valaer said, “We are working actively with Texas Congressman and Senators to obtain a letter to the White House from the entire Lone Star State delegation. expressing bipartisan support for this final salute to the greatest generation.”
Contact
State Funeral for WWII Vets
David Oates
858-750-5560
www.worldwar2salute.org