The details of Bosma's new smart door lock and when it will be launched on Indiegogo. 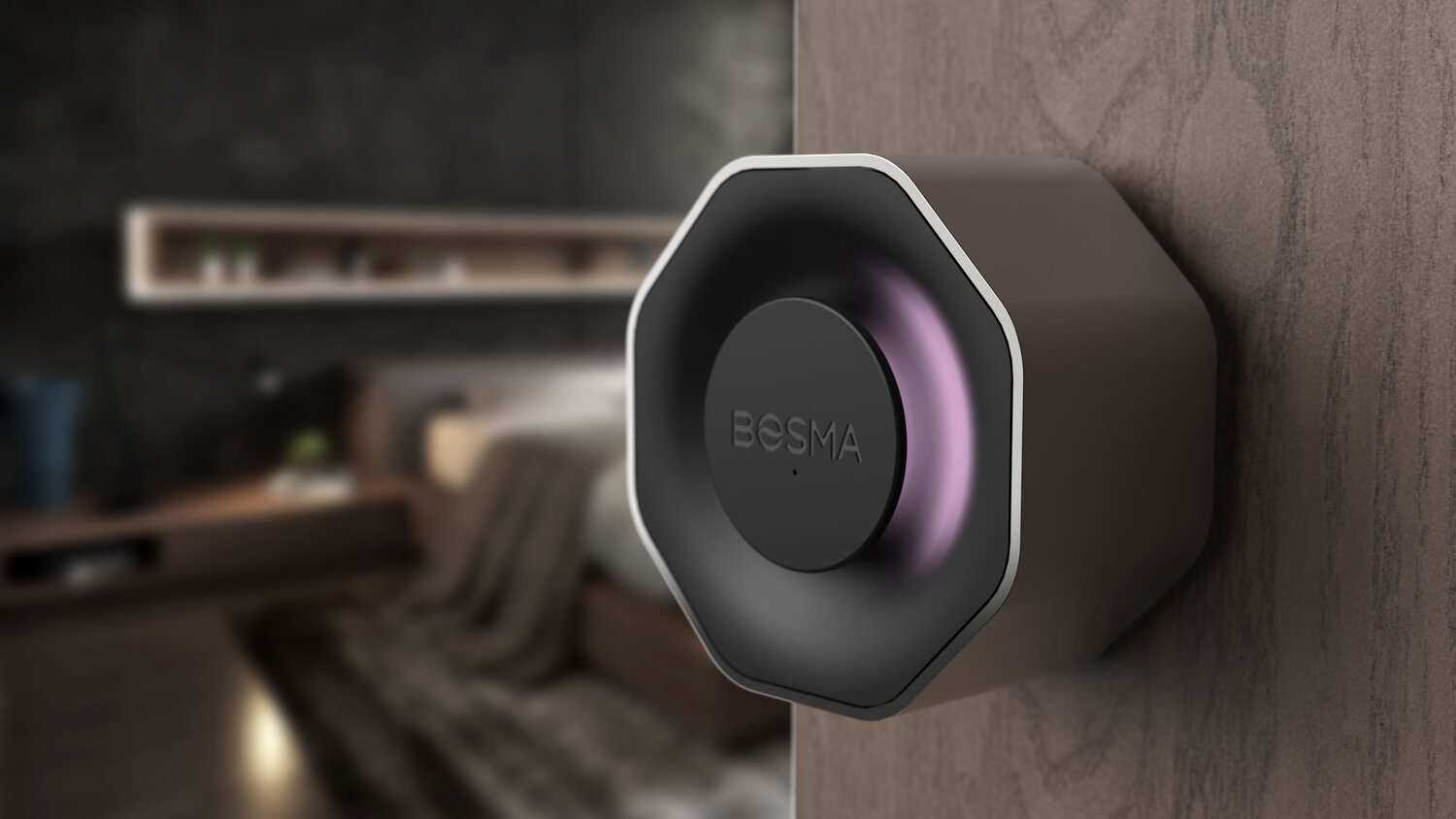 Bosma, a global leader in smart connected devices, will launch a new stylish door lock called Aegis. The Aegis intelligent door lock will have several standard features like remote lock/unlock, keyless entry, door ajar notifications, various access levels, and some that are not so standard like the Anti-lock pick detection and auto-lock and unlock feature via Bluetooth.

The Aegis door lock was a creation in a partnership between Bosma and Ink Studios, both in Northern California. It's elegant octagonal alloy design compliments the rest of its features. The design also includes a magnetic front cover that houses it's 4 AA batteries making it easy to replace. An LED indicator informs the user whether the door is open or closed. The Aegis door lock is ideal for renters or Airbnb host as it does not replace the entire door lock, but just the inside deadbolt, which still gives users the ability to use their existing key. It is what is considered an interior escutcheon.

Aegis door lock features a built-in sensor that alerts you if your door has been left open or ajar. The installation of Aegis door lock takes about 5-15 minutes from start to finish. Once installed, you can navigate its features using the Bosma app, which you can find in Google's Play Store or Apple's App Store.

During the process Bosma took customer feedback very seriously, which led to both units' design and features. Bosma will consider giving test units to consumers as part of their "Got to love testing" program that allows consumers to test the latest products and provide feedback before its release.

Recently crowdfunded Sentry Doorbell will feature a biometric scanner that will allow users to unlock the Aegis door lock using their fingerprint. There will be an unlimited number of users you can register to use this feature.

Bosma plans to launch an Indiegogo campaign on June 16, 2020, which will include an early bird special and shortly after two tiers, including the stand-alone Aegis door lock and the second tier with Aegis Door Lock and Sentry Doorbell. Pricing at this time will be at least 35% OFF the retail price for those backers who pledge during the campaign. The Aegis Door Lock will MSRP for $119.99, and the bundle will cost $249.99, which will include both doorbell and door lock.