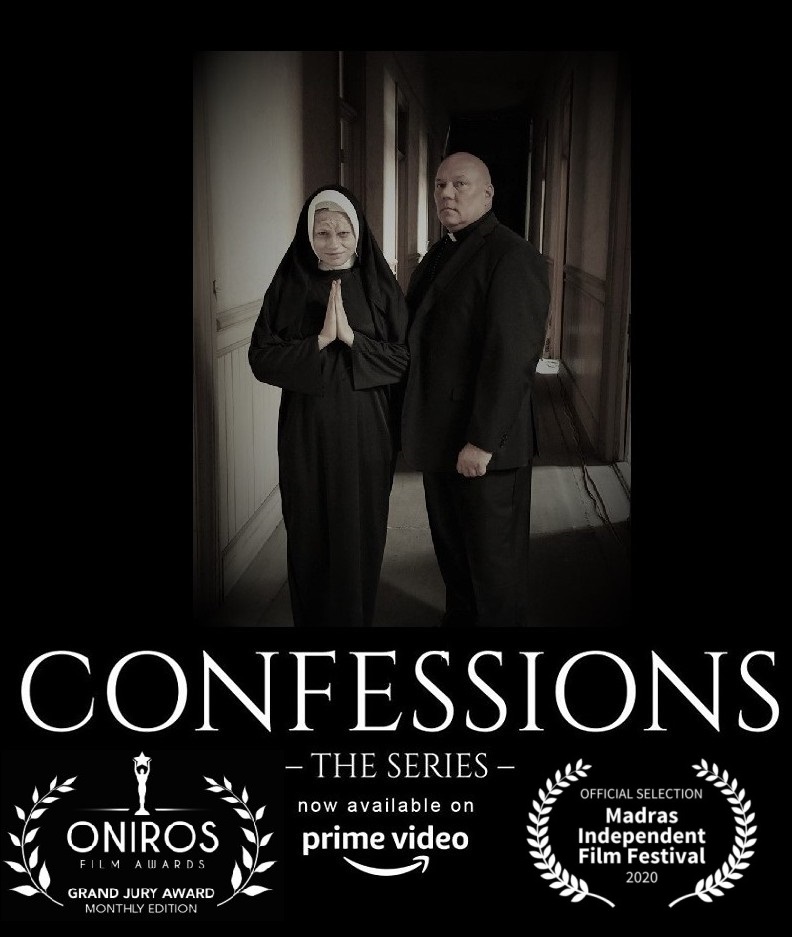 Los Angeles, CA, June 24, 2020 --(PR.com)-- "Confessions," the series, was awarded the Grand Jury Award for Best Web Series at the Monthly Oniros Film Awards, in Saint-Vincent, Italy. They also received the Best Web Series award at the Madras Independent Film Festival, in Chennai, India. Both awards were presented in June 2020. The Serrano Studios intimate horror miniseries, "Confessions," a pentalogy story of evil vs. evil, was recognized by the film awards. Confessions recently boosted into the Japan Streaming Market on Amazon Prime.

"Confessions" had its initial release on Amazon Prime Video at the beginning of 2020, and is currently dubbing the series in Spanish for a Mexico streaming release later this year. "Confessions," written and produced by Ernest Serrano, stars Michael Joseph Pierce, from the streaming series, "Wicked Enigma," and an up and coming actor, Alysia Ingrim. It tells the story of Father Michael King who is called to a psychiatric ward regarding a possible demonic possession. When Father Michael King meets Lisa Coal, their interactions lead to a series of confessions they both did not expect. Serrano Studios is a Visalia, California based film house that is comprised of film production, feature and short films, directing and writing, headed by Ernest Serrano. www.amazon.com/dp/B0837JPDCX/
Contact
Serrano Studios
Ernest Serrano
559-788-9190
https://www.serranostudios.net/