Grab a pint with your pup! This new brewery passport based in Portland Oregon gets you discounts at over 25 breweries around PDX, and best of all, you can bring your dog to all of them. 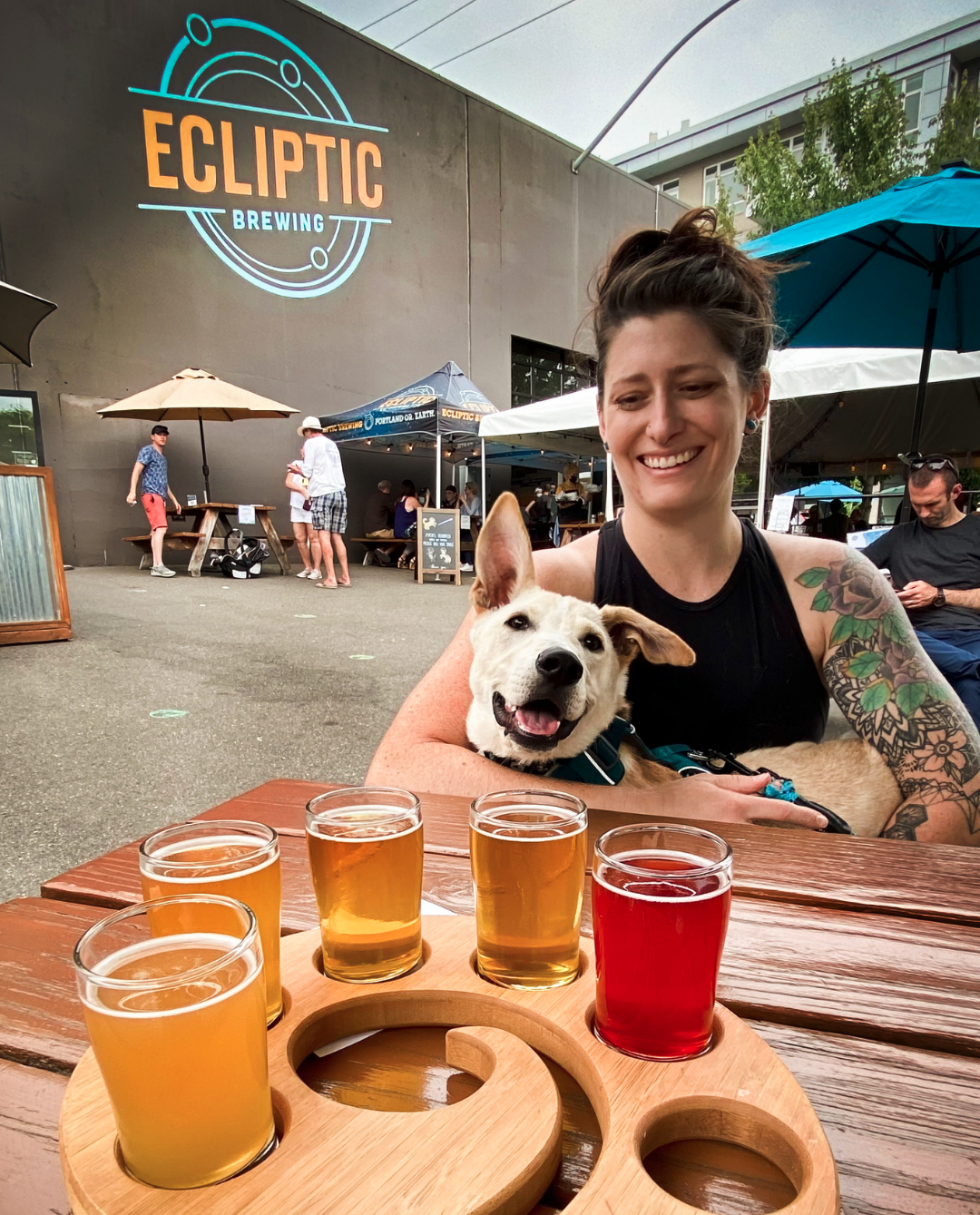 Portland, OR, August 27, 2021 --(PR.com)-- The Portland Pup Passport is a new digital guide to deals and savings at dog friendly breweries, taprooms and cideries around Portland and the Oregon coast. Pup Passport launched on July 9 this year with a whopping 25 breweries to choose from including many big names like Rogue, Pelican, Ecliptic, Hopworks, Stormbreaker, Migration, and more. The passport focuses on dog friendly locations, and donates 5% of their sales to Oregon Humane Society.

Local couple Stephen Guarino and Cambrie Burns came up with the idea to start the Pup Passport after adopting a puppy named Riley a few months back. They wanted to bring their new pup out to eat and drink with them, but didn’t know where to start. Oregon pubs have been famously dog friendly, but it’s hard to know when and where you can bring a dog especially with food service, crowds and kids thrown into the mix. The Pup Passport will not only guide you to good places to take your dog, but give you incentives to visit them while benefiting animal related causes. "It was also important to us to help the smaller breweries. We want to help the community and make a great experience for everyone," says Guarino.

After purchasing the $25 passport on their website, you get immediate access to a digital list of participating locations each offering their own deal. Many breweries have more than one location which means you can choose from almost 40 places to get a drink with your pup. There are also a handful of non-brewery partners offering discounts to dog owners such as Next Adventure, Cycle Dog Tavern, Shampooch, Surfs Pup, Portland Pet Food Company, and more. For example: Migration Brewing is offering happy hour pricing on food and drinks. Rogue is offering $4 Dead Guy Ale pints. Binary Brewing / Uptown Beer Co is giving away pint glasses with any $5 purchase. Other folks are giving away dog bandanas, some people are doing 1, 2, and $3 off first pint, others are doing $1 first pints, Discounts on to-go beer, discounts on online beer orders, etc. Most breweries average $5 worth of deals per location (some have more, some have less).

“Since Portland has a huge craft brewery scene, breweries were the intuitive focus,” says co-founder Steve Guarino. “We also thought it would be cool for people with a passport to get some kind of offer or discount when they arrive. Additionally we wanted to make a digital passport rather than a physical one to make it easy for people to use and so that they could navigate to the breweries on their phones. Being digital also means we can add breweries and partners later on.” The couple hopes to expand the passport to other major Oregon cities, and even to other states in the future.
Contact
Pup Passport
Steve Guarino
(503) 512-9336‬
pup-passport.com