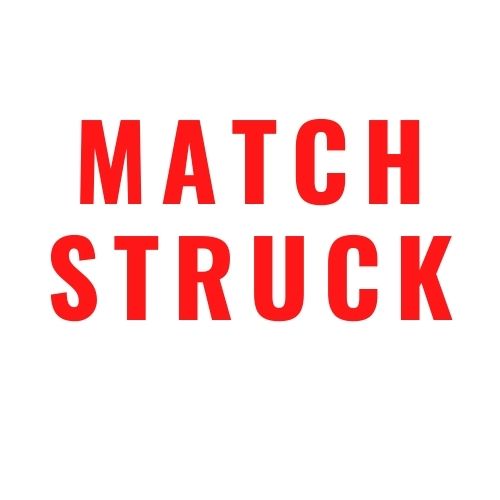 Match Struck: An infamous novelist desperate to redeem her career submits to her creative process, blurring the lines between fiction and reality.

Tiffany Rhodes’ work is compared to David Lynch, Stanley Kubrick, and Dan Gilroy’s. She is a commanding talent and auteur. Her stories are original, powerful, innovative and thought-provoking.

With the international success of Rhodes’ films, The Blackbird Interviews and Promise Me, Collision on Amazon Prime, her fans have long speculated where and how they will see Match Struck. Rhodes and executive producers chose to screen at an independent theater in the Lake Norman area where the film was shot in 2020.

With intense and moving performances and beautiful cinematography, this is the breakout film for Tiffany Rhodes.

“...hypnotic, and she [Tiffany Rhodes] is hands down the best breakout performance of 2021.” - Yahoo Finance, September 2021

“To say, for example, that Match Struck is a riddle is true. You immediately want to rewatch. It’s a rollercoaster that is so wild it’s hard to see the details that passively build with such thoughtful intent.” - Monica Hewson, Entertainment News, March 2021 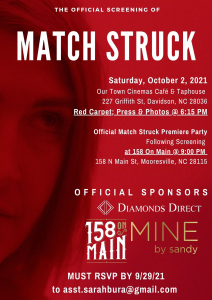