Top Things to do in Rwanda with Devine African Safaris Ltd.

Devine African Safaris Ltd. is a leader in organizing gorilla trekking tours and safaris in both Rwanda and Uganda. They have more than 10 years of experience and over 1,000 happy guests, plus locally-based offices in Rwanda and Uganda. While on your tour to Rwanda, they can craft a tour package to include the following top things to do in Rwanda. 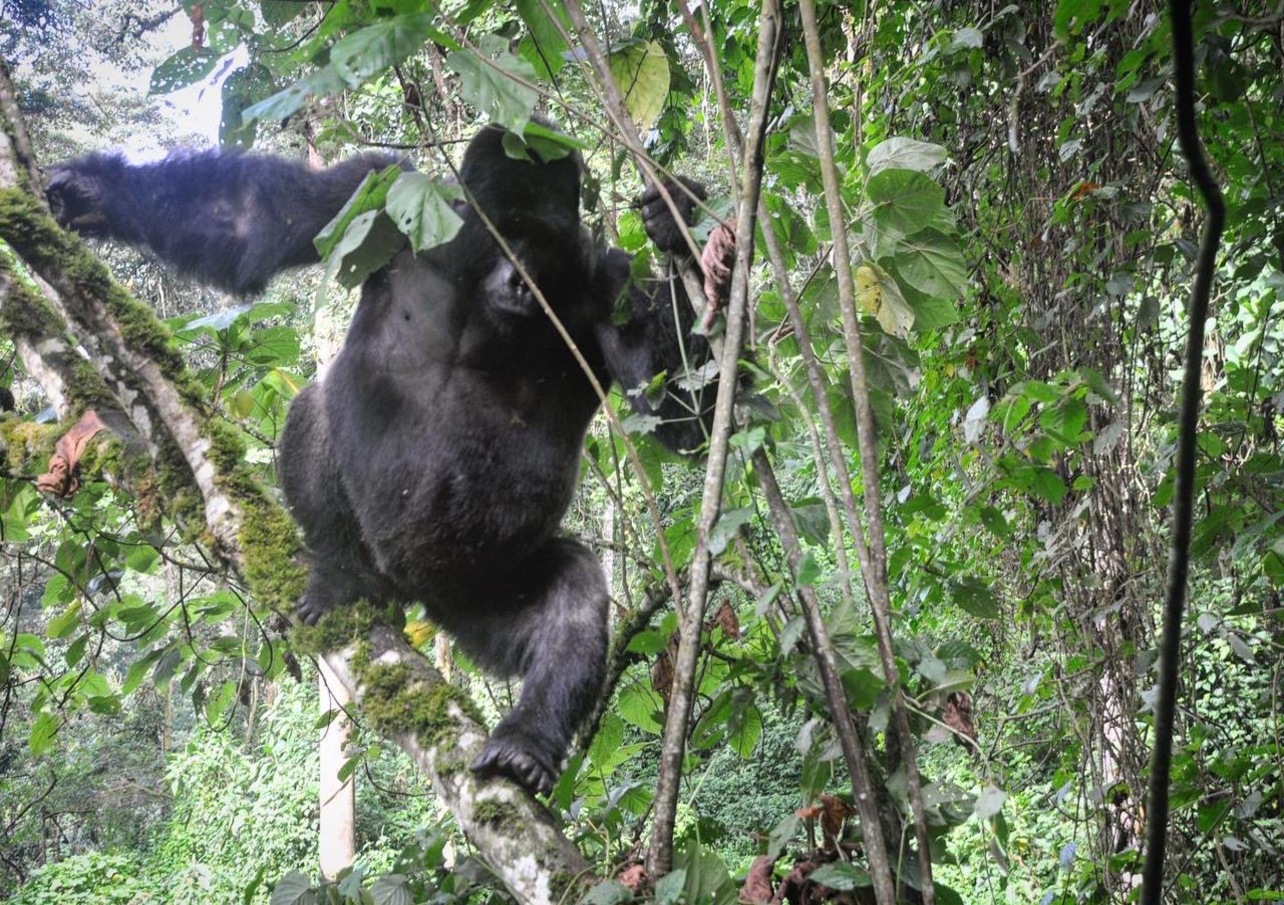 Kigali, Rwanda, October 03, 2021 --(PR.com)-- 1. Visit the Kigali Genocide Memorial
Rwanda’s population has roughly three subgroups divided into the Hutu, the Tutsi, and the Twa. The 1994 genocide was brought about by the tensions between two tribes that are Hutu and Tutsi. The Rwandan President Juvenal Habyarimana was a Hutu, he was killed in his plane, he was shot down by Tutsi rebels. Rwandans Hutu tribe were murdered in cold blood by the Tutsi and mostly the moderate Hutu were slaughtered the following months by the Tutsi. Exhibitions of the Kigali genocide memorial center explain what caused the 1994 Rwanda genocide, events, and the effects after. Rwanda’s genocide memorial Opens from 8 a.m. to 5 p.m. every day seven days a week, get a chance to view the mass grave for the innocent genocide victims.

2. Listen to Genocide Stories at Nyamata Church
Immerse yourself in a particular hard-hitting insight into the happenings of the genocide, travel just 20 miles to the south of Rwanda’s capital to the Nyamata church. Nyamata church is where the Rwandan 10,000 Tutsi tribe sheltered from the Hutu attackers but they were later massacred when the nyamata church doors were opened up using grenades. Nyamata church memorial is where more than 50,000 genocide victims were buried, presented by the skulls, bones, and bloodstained clothes of those who died are kept on display. Nyamata church memorial center is always open from 7 a.m. daily.

3. Have Dinner at the Real-Life Hotel Rwanda
Those who enjoyed the 2004 movie "Hotel Rwanda" will always remember the story of Paul Rusesabagina, the hotel manager who took an advantage of his position to keep more than 1,200 refugees during the Rwandan 1994 genocide, to save their lives. The hotel was the luxury type Hotel des Mille collines situated in Kigali. Up today this hotel is still glamorous and remains a sophisticated place for travelers’ dinner.

4. Tour Kigali with Nyamirambo Women’s Centre
Rwanda’s Nyamirambo women’s center was launched in 2007, by the 18 Rwandan women living residing in Kigali to allow the victims of gender-based violence and gender discrimination to study, and learn artisan skills so that they can earn some income from the project, Nyamirambo women’s center now houses the array of accessories such as home decor, basket weaving, children’s clothing among others.

5. Embrace the Atmosphere at Kimironko Market
Kimironko market introduces travelers to the life in Kigali's life presented by the most colorful and chaotic city. Kimironko market is situated in Rwanda’s capital as the busiest marketplace, it has the most welcoming market vendors from all over Africa. Stalls laden with fruits, clothes, vegetables, and other necessities being sold such as the traditional arts and crafts, a unique souvenir for travelers, select the most beautiful patterned kitenge African fabric among others. Kimironko market is open from 8 a.m. to 7 p.m. daily.

7. Gorilla trekking in Volcanoes National Park
Mountain gorilla trekking in Rwanda can only be done in three countries worldwide that are to say, in Uganda, Rwanda, and the Democratic Republic of Congo. Mountain gorilla trekking is in the northwest part of Rwanda at volcanoes national park. Travelers venture on foot within the tropical montane cloud forest while searching the habituated troops. Once travelers locate mountain gorillas, they study the similarities regarding the behavior of the gentle primates. Devine African Safaris Ltd. recommends the 7- Day Rwanda Gorillas, Chimps Trekking & Big 5 in Akagera safari.

8. Learn About Gorilla Conservation at Karisoke Research Center
Volcanoes National Park also harbors the Karisoke Research center that was established by the primatologist and conservationist Dian Fossey in early 1967. Dian Fossey carried the scientific studies that were later recorded in her groundbreaking book, called "Gorillas in the Mist." Dian Fossey was murdered by unknown poachers probably, in 1985. Dian Fossey was buried in Karisoke alongside her beloved gorillas, including her famous favorite gorilla called digit, Visitors to Karisoke research center learn more about the history of the Dian Fossey Gorilla fund which continues to contribute to the conservation work of gorillas in Rwanda.

9. Venture Underground of Musanze Cave
Travelers can always combine their gorilla trekking at Volcanoes National Park with a visit to Musanze cave walk as they extend their wonderful journey a mile into the basaltic lava rock within volcanoes national park, Musanze cave can be explored by the use of a system of stairs and walking trails. The Musanze cave tour takes approximately 2.5 hours, during your Musanze cave walk the guide will explain the amazing history of the cave as it was the shelter for the local people during the persecution time.

10. Primate searching in Nyungwe Forest National Park
Rwanda harbors other primates’ species besides Mountain gorillas, Nyungwe national park is situated in the southwest part of Rwanda, it harbors a sanctuary of more than 13 different primate species, including the highest population of chimpanzees, the Ruwenzori colobus, golden monkeys, and L’Hoest’s monkey. Travelers can track human’s closest relatives is one of 15 tropical forest trails, Nynungwe national park is a birder destination with over 322 bird species that include the 30 endemic bird species attached to the Albertine Rift. Devine African Safaris Ltd. recommend the 9 Days Rwanda Gorillas, Chimps, Big 5 & Big Cats Safari.

12. Discover Traditional Culture at the Ethnographic Museum
Rwanda’s Ethnography Museum is perched in Huye formerly famous as Butare located in southeast Rwanda, Rwanda’s ethnographic museum is among the six national museums in Rwanda. Ethnographic museum was gifted to the government of Rwanda by the Belgian king in the 1980s to honor the 25 years of independence, ethnographic museum comprises artifacts about the country’s traditions, customs, and culture.

13. Meet the Royal Cows at the King’s Palace Museum
Rwanda’s king’s palace museum is situated at Nyanza, Rwanda’s former royal capital. The king’s palace museum is a reconstruction of the traditional royal home, showcasing an excellent example of the grass thatched, beehive-shaped dwellings that were once seen across the Nyanza region in the old days. Tourists can also get an opportunity to meet the long-horned Inyambo cattle that are believed to be the direct descendants of all the king’s original herd.

14. Relax on the Beach at Lake Kivu
Lake Kivu is situated between the border of Rwanda and the Democratic Republic of Congo, covering approximately 1,040 square miles, Lake Kivu is Rwanda’s largest lake and Africa’s sixth-largest Lake. Lake Kivu offers emerald evergreen waters, fringing mountains in its surroundings a beautiful place to spend your days relaxing in adventures.

15. Bike or Hike along the Congo Nile Trail
Travelers can either hike the adventurous or bike while exploring the Congo Nile Trail. The Congo Nile Trail covers a nearly 141-mile route attached by the local roads and unpaved trails which kick off from Rubavu while following the lakeshore from the assorted miles before moving upwards into the tea plantations, scenic farmland before it ends into the south of lake Cyangugu.
Contact
Devine African Safaris Ltd.
Nicholas Luboyera
+256703840771
https://www.gorillasafariscompany.com/