"Mountains Entering," Marku's English-language debut, is based on his latest Albanian book, "The Inner Circles," acclaimed in his country as one of the best poetry collections ever published in the language. 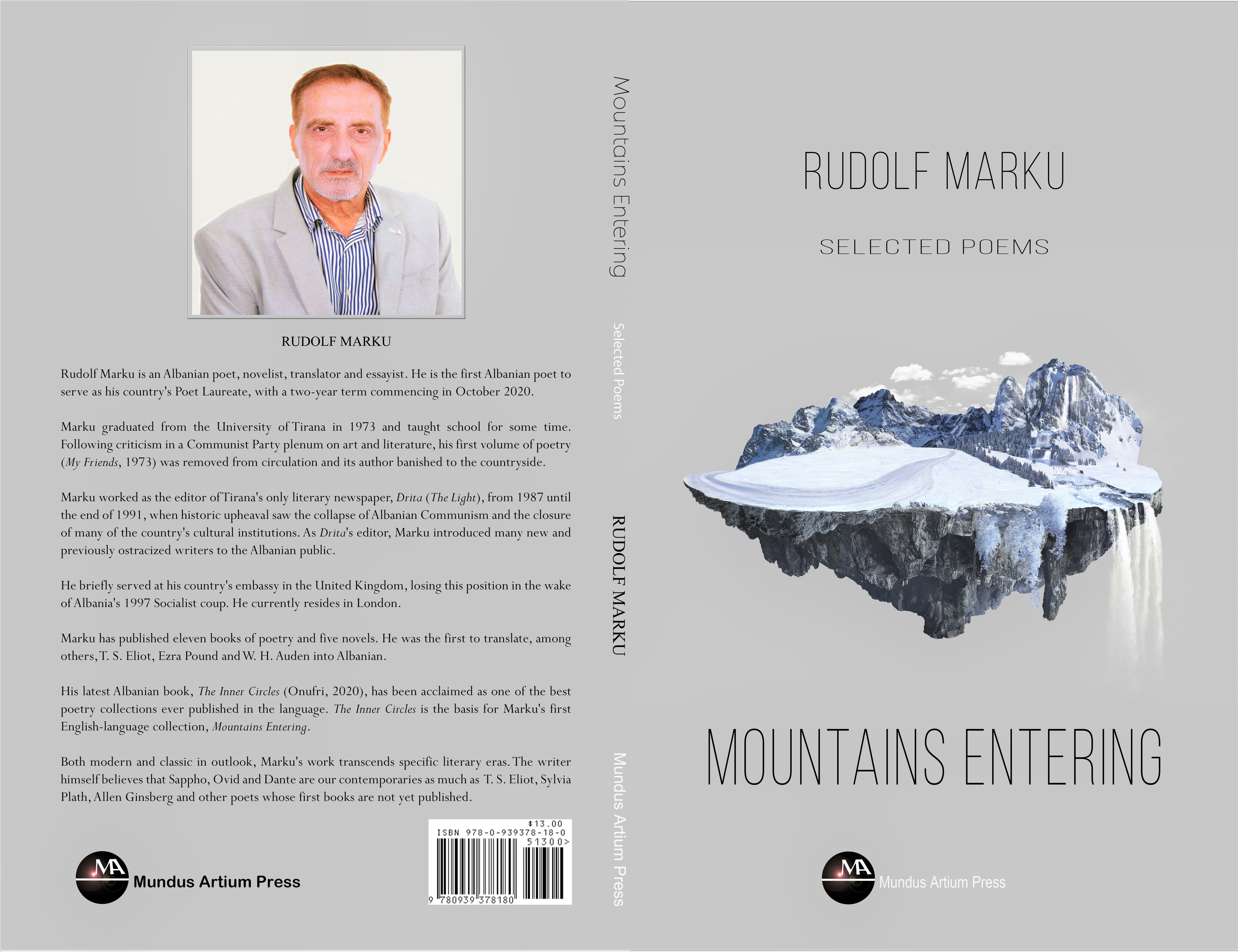 In selecting him for this role, Albania's Ministry of Culture noted Marku's "rich and coherent work, beyond historical, political and geographical contexts," to express "what is stable in man," as well as his "valuable service to national culture in bringing many masterpieces of world poetry into Albanian."

"Mountains Entering," Marku's English-language debut, is based on his latest Albanian book, "The Inner Circles," acclaimed in his country as one of the best poetry collections ever published in the language.

Integrating his influences in a life of wandering, Marku combines sensitivity, imagination and craft, vividly charting reconnections of the past and present, the everyday and sublime.

In haunting Marku's mind, his untamed mountains and Homeric seas appeal to us as well, insisting on entering our souls and dreams at will, inspiring and instructing us in penitence and purpose, in the sadness and solitude of uncompromised being.

Following criticism in a Communist plenum on art and literature, Rudolf Marku's first volume of poetry (My Friends, 1973) was removed from circulation and its author banished to the countryside.

He edited Tirana's only literary newspaper, Drita (The Light), from 1987 until the end of 1991, when historic upheaval saw the collapse of Albanian Communism and the closure of many of the country's cultural institutions.

As Drita's editor, Marku introduced many new and previously ostracized writers to the public. His brief service at his country's United Kingdom embassy ended in the wake of Albania's 1997 Socialist coup. He currently resides in London, another key setting in his work.

The first Albanian to translate Eliot, Pound and Auden, Marku has published eleven books of poetry and five novels of his own. Both modern and classic in outlook, his work transcends specific literary eras.

The writer himself views Sappho, Ovid and Dante as our contemporaries as much as Eliot, Plath, Ginsberg and other poets not yet published.

A bracing testimony from a stranger in strange lands, this timeless collection will travel well and find a home with its audience.
Contact
MAP
Darla Spek
214-836-0336
mundusartiumpress.org