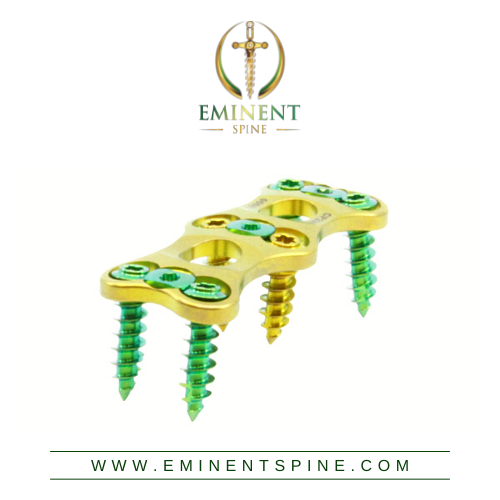 Plano, TX, October 13, 2021 --(PR.com)-- Eminent Spine has released the clinical results of the Anterior Cervical Plating System at the 36th annual NASS conference. The system received FDA clearance in July of 2020. The alpha launch, consisting of multiple spine centers, was used in 100 cervical fusions. 100 anterior cervical plates and 630 screws were applied. No cervical plates or screws experienced breakage and there was no screw backout.

The cervical plate was designed as thin and low-profile with self-tapping screws that have a pointed tip. There are two diameters built into the screwdriver, which allows for less instrumentation usage as well as increased efficiency and safety in the OR. Surgeons are enthusiastic about the straightforward nature of the system and the reliability of the locking mechanism.