Marucci Sports Commits to Fastpitch with Addition of Haley Cruse 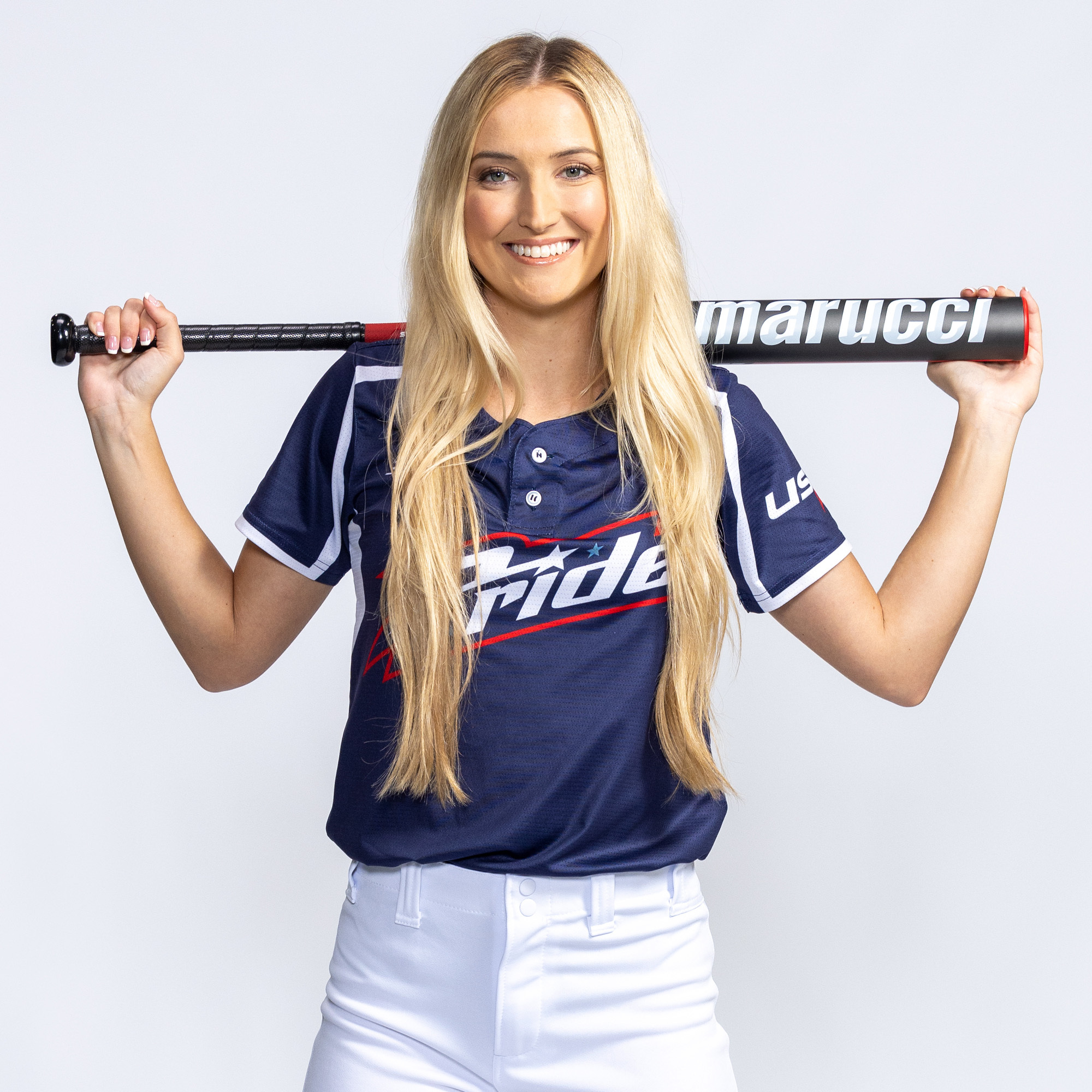 Baton Rouge, LA, November 03, 2021 --(PR.com)-- In pursuit of peak performance on-field and creating a legacy off-field, Haley Cruse has signed with Marucci Sports to raise the bar in the sport she loves. Cruse will work directly with the Marucci team to design, test and develop all Marucci fastpitch products, as well as an emerging female apparel line.

“We have always admired Haley as an athlete, in college and now as a professional player. Noting her knowledge of the game, her passion for product design, her impressive business acumen and her passion for growing the fastpitch sport in general, we couldn’t be more excited to have her play such a leading role at Marucci,” said Kurt Ainsworth, CEO and Co-Founder of Marucci Sports.

Cruse is a professional fastpitch player for the USSSA Pride, a former Oregon Duck and three-time All-Pac-12 selection. Prior to signing with the Pride, Haley completed a highly decorated career at the University of Oregon, earning multiple All-Pac-12 and NFCA All-Pacific selections and a Softball America All-American selection. She is also the only player in Oregon history to lead the team in hitting for four consecutive seasons, an achievement that previously had not been held for longer than two seasons.

“Marucci stood out to me because of their desire to fully invest in fastpitch and the female athlete. The technology and brain power they have accumulated through their long-standing success in baseball will transfer seamlessly to fastpitch and raise the bar for the sport as a whole,” said Cruse, when asked why she’s entrusting Marucci as her equipment partner.

“I need to truly believe in the product I am representing. With Marucci, I am given the opportunity to influence the development of the products and apparel, ensuring that I believe in everything I promote, since I am helping bring it to life,” said Cruse. “They are not afraid to think outside of the box and create a product that will set newer and higher standards.

Cruse is more than a decorated athlete; she is a savvy businesswoman and has amassed an impressive social media following. She graduated from the University of Oregon with a bachelor’s degree in Sports Business and a master’s degree in Advertising and Brand Responsibility. Her business acumen has built a strong social media presence with an engaged following, giving her an avenue to inspire young athletes to put in the hard work and stay positive.

Input and involvement into lifestyle products and a female apparel line is how Cruse aims to transcend sport and leave her mark. “On the field, my goal is always to achieve peak performance. With Marucci, I also get to pursue my goals off the field by bringing my own flare to lifestyle apparel that will last far beyond my playing years.”

Cruse joins Marucci’s elite list of professional athletes including the first female Gold Glove winner and LSU standout AJ Andrews, as well as Anthony Rizzo, Buster Posey, Francisco Lindor, Freddie Freeman, Gleyber Torres, Josh Donaldson and Trea Turner. Marucci intentionally partners with athletes who are committed to Honoring the Game, demonstrating character and commitment to excellence, and are passionate about creating the tools athletes want and need to be successful.