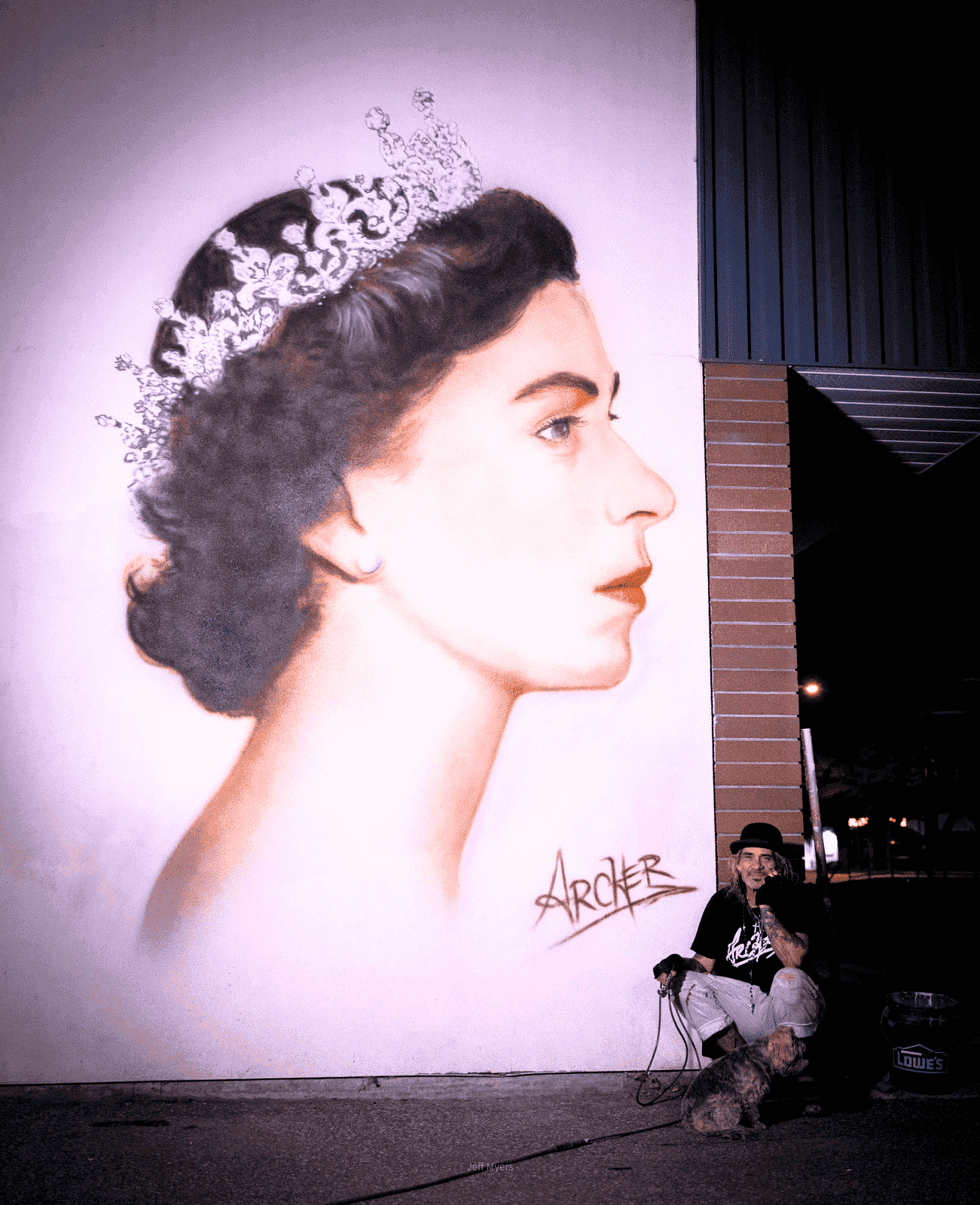 Victoria, Canada, September 11, 2022 --(PR.com)-- Known for his larger than life murals throughout Canada, the United States, and the Caribbean, renowned Canadian artist Paul Archer ("Archer") has painted a tribute mural for the late Queen Elizabeth, only hours after the announcement of the Queen’s passing.

The mural on the wall of the Grand Forks courthouse was completed the day of the Queen’s passing (September 8, 2022), and is the first large-scale mural to commemorate the life of Queen Elizabeth.

Archer, a traveling mural artist, has spent the last few years traveling around Western Canada, painting over 90 murals in the town of Grand Forks during this time - surpassing Chemainus for a town’s murals - and achieving one of his bucket list goals of painting an entire town. The Victoria BC artist, born in England, has travelled worldwide creating art and spreading messages of hope and positivity - having painted over 17,000 murals during his life.

This isn’t the first time Archer has created a large-scale mural as a memorial tribute. In 2020, he honored the memory of the lone wolf Takaya by painting a mural of the wolf’s home on Discovery Island just outside of Victoria.

After the passing of Eddie Van Halen in 2020, Archer took to the wall of his own Victoria studio on Fort Street to paint the first mural to pay tribute to the late musician, working through multiple days and undesirable weather to achieve his goal. Since then, the iconic mural has been featured in Guitar World, BraveWords, Chek News, Blabbermouth and more.

Throughout his career, Archer has painted such notable buildings as the Vancouver Aquarium, Vancouver Planetarium, BC Place, and the Vancouver Canucks dressing room. His art has brought him to meet with musicians such as Rob Zombie, Snoop Dogg, Alice Cooper, Ozzy Osbourne and more.

These days, Archer travels with his beloved dog Lannah, and the two of them make their way throughout Western Canada, leaving messages of hope, peace, and optimism wherever they go - through the incredible works of art - such as Grand Forks’ newest mural of Queen Elizabeth.