New York, NY, October 07, 2010 --(PR.com)-- EBE Ensemble announces the full cast and creative team for the World Premiere of Steven Michael Walters’ (NBC’s “Friday Night Lights”) The Girl from Nashville directed by Kristine Ayers. After a preview performance on Thursday, December 2, the production runs Friday, December 3 through December 18 at the Dorothy Strelsin Theatre in the Abingdon Theatre Arts Complex (312 West 36th Street at 8th Avenue). Tickets are $18 and can be purchased on www.smarttix.com or by calling 212-868-4444.

The Girl from Nashville tells the tale of a high school football coach who inexplicably murders his star quarterback in the middle of playoff season. Fading between present-day interrogation room drama and moments from the coach’s past hiding out in a motel with a young female student, The Girl from Nashville explores questions of right and wrong, good and evil, and the nature of redemption.

Steven Walters (playwright) is a founding ensemble member of Second Thought Theatre in Dallas, TX. His plays have been produced by Second Thought Theatre, Casa Manana, Project X, Water Tower Theatre’s Out of the Loop Festival, the Festival of Independent Theaters, and Firebone Theatre (NYIT Award Winner-2010). In 2005, Steven was named “Best Local Playwright” by the Dallas Observer. Acting credits include work at the Dallas Theater Center (including a co-production with the Public Theatre of The Good Negro), Second Thought Theatre, Peterborough Players, Lost Nation Theatre, Kitchen Dog Theatre, as well as television work on Friday Night Lights, My Generation, Trauma, Prison Break, Case Closed. Steven is also a screenwriter and he is currently represented by the Agency for the Performing Arts in Los Angeles.

EBE Ensemble is dedicated to developing and presenting new and unique works of theatre. They believe that making theater accessible enhances a community and that, through an ensemble-based approach, they can better present quality theatre that strives for an emotional truth. For more information, visit www.ebeensemble.com.

The Girl from Nashville
Written by Steven Michael Walters, directed by Kristine Ayers

Wednesday-Friday at 8PM; Saturday at 2PM and 8PM; Sunday at 2pm
(note: Sunday, December 6 performance is at 7PM)

Running-time is 2hr 20 minutes with an intermission 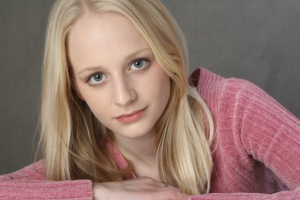 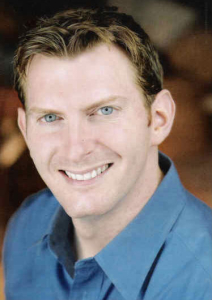