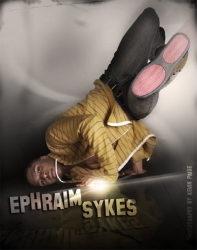 New York, NY, October 25, 2010 --(PR.com)-- The 25 year-old quadruple threat performer currently appears in Cheryl Cole’s music video Promise This. Now, Sykes is in London preparing to perform live with the star and judge of the UK talent show X Factor. Cole will be trading places with the contestants this weekend on October 24 when she performs for the first time this series.

The X Factor is a television talent show franchise originating in the United Kingdom, where it was devised as a replacement for Pop Idol. It is a singing competition, now held in various countries, which pits contestants against each other. These contestants are aspiring pop singers drawn from public auditions. The programs are produced by executive producer Simon Cowell and his company Syco TV.