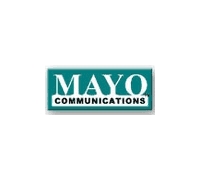 The “Grand Strand” series will include “Top 20” songs and be shot at various tourist hot spots and music industry locations across the country.  To view a video clip of the pilot episode, click on http://pivrock.com/grandstrand/grandstrand_trailer.mov.

Reveille is one of the leading distributors of innovative and distinctive content from major producers across the globe.  The company distributes a wide range of programming, including “The Biggest Loser,” “Date My Mom” and “Runway Moms,” to a global network of producers and broadcasters in more than 150 countries worldwide.

"Reveille's international team is constantly on the lookout for new and innovative types of programming to produce and distribute to audiences around the world,” said Chris Grant, senior vice president of International Distribution and Creative Affairs for Reveille. “John Pollak's work with Swirl Films brings us into the scripted arena with a fresh, edgy project, which is precisely the type of content we are seeking."
"Our international team is always seeking to forge strategic partnerships with producers of cutting-edge and provocative programming, and we believe we've found that with actor Timothy Woodward Jr.’s and Swirl Films' ‘Grand Strand,’” said John Pollak,  director of International Distribution and Creative Affairs for Reveille.  “With its inventive concept and star-studded cast, we are confident that ‘Grand Strand’ will be received brilliantly by our clients overseas."

“‘Grand Strand’ is a unique and promising television drama,” said Eric Tomosunas, CEO of Swirl Films.  “The show tackles every issue of an up-and-coming band on the road living from paycheck to paycheck and trying to hit it big in the industry.”

About Swirl Films
Swirl Films (www.swirlfilms.com), based in Wilmington, North Carolina, has produced a variety of features from dramas to horror, varying in size and budget. The one constant is quality and high impact production.  Swirl has 10 years of industry contacts and the ability to assemble assets for any level of production.  Swirl Films continues to produce entertaining films and television content.  Swirl Films just produced a film called "The Furnace," a murder mystery in and around a maximum security prison starring, Tom Sizemore, actor and deep-voiced rapper Ja Rule, Michael Pare, Danny Trejo and Kelly Stables, which will be released this year.